The feature debut from writer-director Paul Downs Colaizzo, I would advise everyone against seeking out Brittany Runs A Marathon if they are seeking the big laughs and hilarity mentioned in some of the quotes used to sell it. It's not that funny. I'm not saying this in a dismissive way. It never really feels as if it's meant to be funny, beyond the obvious amusement to be had as viewers watch Brittany begin her journey with no small amount of anger and frustration.

Jillian Bell is Brittany, a woman living in New York who has settled into a pattern of drinking and having fun with her friends, not looking after herself too well, and becoming slightly overweight. This isn't a problem for Brittany, at least she doesn't think of it as a problem until a doctor tells her that she should aim to lose weight and work on some healthier lifestyle choices. That starts her thinking about just what her main role in life is. And it leads to her eventually joining a running club that she is invited to by her neighbour, Catherine (Michaela Watkins). She also befriends a fellow runner, Seth (Micah Stock), and gets a dog/house-sitting job, where she meets a strange free-spirited man named Jern (Utkarsh Ambudkar). All of those people, plus her brother-in-law (Demetrius, played by Lil Rel Howery), help Brittany to figure out her way forward through life. But the road ahead won't be easy, and won't always necessarily be without setbacks.

Inspired by a real person (Brittany O'Neill) who was a roommate of the writer-director (maybe still is, for all I know), Brittany Runs A Marathon works as well as it does because it feels quite honest when it counts most. I put off watching this for some time because I assumed it was going to be a gender-switched version of Run, Fat Boy, Run. That's simply not the case. Brittany setting her sights on a marathon goal is just one aspect of the way she starts to recalibrate her vision, and her self-image. The marathon is a huge deal, I'm not going to deny that, but it's also insignificant in comparison to what else Brittany starts to work on while getting herself in the kind of condition required to run such an event.

Bell gives a very good performance in the lead role, starting off with a performance similar to many others that she's given us before showing the slipping of the mask and fighting constantly against her guard being let down. Watkins and Stock lend her strong support, paralleling the characters they play in the movie. Ambudkar comes along at just the right time, livening up the film when it needs a small boost, and Howery is a shining beacon of goodness whenever he's onscreen (well . . . his character is, and he plays him well). It's also worth mentioning Alice Lee, who plays Gretchen, the kind of friend you only ever want as a friend when you don't realise that you're worth better friends. Lee is suitably inconsiderate and awful.

Fair play to Colaizzo for not taking the easy option here, as this could have just been a straightforward comedy vehicle for Bell. I'm sure that would have worked just as well for many people, but this way of treating the material allows for some more thought-provoking moments, which are more of a surprise after those opening scenes that help to welcome you into the story with some laughs. Because of that important decision, you may not get quite what you wanted from this, but you may get something even better. 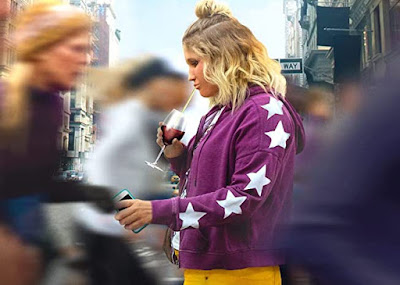