I think James Wan tends to get a bad rap nowadays, mainly for his part in creating the moneyspinning cinematic blend known as "the Wan-iverse". It is wildly inconsistent, as often happens when movie studios can sells something based on brand recognition rather than actual quality, but Wan himself remains a guy who seems to have taken all of his success with gratitude and an attempt to help lift others up as he continues to scale ever upwards.

He didn't direct Demonic, that job is given to Will Canon, who also co-wrote the script with Doug Simon and Max La Bella, but I have started with some praise of his work because his name looms large here (in a "James Wan presents" capacity). Or I should say that his name looms large here and Demonic is a bad film, the kind of film that represents what many horror fans view as symptomatic of the worst in modern horror movies.

The story is hard for me to convey while retaining any pretence of interest. Some young lad has been having dreams about his mother, who died in a strange way in an old house. And that lad is persuaded to go to that same house, in the hope of recording some supernatural activity. It didn't go to plan. We know this quite early on, because a cop (Frank Grillo) is called to investigate an incident at the house, an incident that resulted in a number of dead bodies, and he calls in a psychologist (Maria Bello) to assist him in his investigation. There are predictable twists and turns, all leading to an ending more tiresome than remotely terrifying.

As much as I like Wan, I like Frank Grillo even more, so I was pleasantly surprised to see that he was in this. The same goes for Maria Bello. Which should have made me suspicious from the very start, Demonic featuring both of them and yet not having appeared on my radar once over the past few years. They're both perfectly okay in their roles, and definitely help to make the film more watchable, but the rest of the cast are generally poor. They're so bland and interchangeable that I cannot single out everyone. Dustin Milligan is a rather horrible nominal lead, and Scott Mechlowicz and Cody Horn are the two main supporting actors who are roughly on a par with Milligan.

It's hard to be too critical of the cast though, who are all dragging around the dead weight of a script that somehow seems to think it is being entertaining and scary, when it is actually just packed full of jump scares, overdone tropes, and a plot twist that you will have seen in at least a dozen movies over the past few decades.

Canon doesn't help anything with his flat direction. It's unsurprising to see that this is only his second feature, and his first set squarely in the horror genre. He takes viewers through the very familiar territory with the strange confidence of someone who thinks they are showing you a whole new world of strange visions, not bothering to add any showmanship or real style, beyond what he's seen in a number of other poor horror movies in the 21st century. 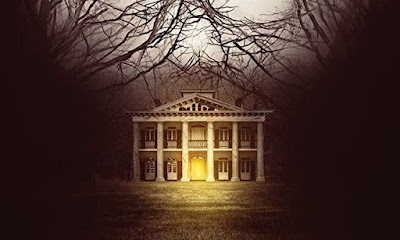