Walter Hill may have gone, and there's no Wesley Snipes or Ving Rhames returning, but Undisputed 2 (AKA Undisputed 2: Last Man Standing) replaces them with Scott Adkins and Michael Jai White in front of the camera, and the very talented Isaac Florentine in the director's chair. And it's the start of an upturn in a series that delivers some fantastic and brutal fight scenes.

White is George Chambers, the character played by Rhames in the previous movie. He's once again being sent to prison, but this time we know from the very beginning that he's an innocent man. Drugs have been planted in his home to get him sent to a Russian jail. That's where he can be forced to face the mighty Yuri Boyka (Scott Adkins) in the ring.

Taking things up a notch from the first movie, while also streamlining the ideas (there's no moral ambiguity here, you have a goodie and a baddie), Undisputed 2 is perfect entertainment for those who want to see some muscular men knock the crap out of one another. The only problem it really has is in still trying to keep things fairly grounded, which allows for a bit less action than some might want.

The script, by James Townsend and David N. White, is about as predictable as you could get, and they revel in the familiarity of the character beats as our hero gets jailed, encounters the main villain, is pressured into fighting, etc, etc, all the way to the expected final fight. It could be better, easily, but sometimes the simplest approach works well enough, as is the case here.

Florentine knows what he's doing with the action, and it's obvious why he has made a name for himself with the kind of movies that used to go straight to video. He has faith in his leads to show off their moves, he keeps the camera working well, without relying on too much headache-inducing editing, and he knows how to move things along well enough in between the punchy-kicky highlights.

There may not be many people worth mentioning in the supporting cast (aside from Mark Ivanir, who would also appear in the next movie), but that's fine. This is a film for White and Adkins. The former has long been a charismatic presence in every movie he's been a part of, and should have been getting even juicier roles for the last decade or so, and he's convincing as the boxer who ends up having to change up his fighting style. Adkins sports a different look, and a wobbly accent, but is as physically impressive as usual in the fights, and Boyka is a fun character to boo and hiss at on the way to fight night.

The fights are better than the fights in the first film, the rest of the cast brings things down slightly, which makes this deserving of an equal rating. Even if it's also just a bit more fun. 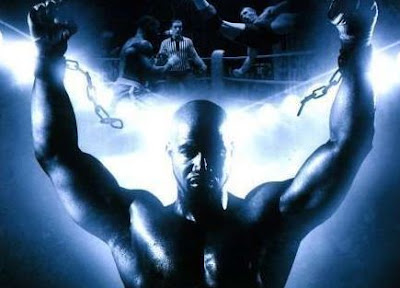