Horror films can, and often do, throw a bright light on parts of society that we don’t always want to look at, whether that is a major problem we don’t know how to improve or the worst aspects of human nature. So Body Cam deserves a point or two for using the genre to look at a problem that has been in and out of the news over the past few decades, with good reason. It’s all about police officers, and eventually turns into an exploration of certain individuals who can get away with murder because they’re wearing a badge.

Mary J. Blige is Renee Lomito-Smith, an officer just starting back to her duties after an incident that involved her hitting a member of the public. That incident was, of course, caught on camera. Keen to get back to work, Officer Lomito-Smith is also battling to stop herself from becoming consumed by the grief stemming from the sudden death of her young son. Out on patrol with Officer Danny Holledge (Nat Wolff), it soon becomes clear that someone is out to take out a number of police officers in a night of killing. That someone has some strange powers, or so it would seem, and they might just have a very strong motive for their actions.

Writers Nicholas McCarthy and Richmond Riedel have one or two decent ideas at the heart of their script, and maybe if they had worked with a strong third writer then this could have been something really good. Unfortunately, the whole thing ends up being a half-baked mess, completely I helped by the direction from Malik Vitthal. None of the characters are developed well enough, the plotting is careless and illogical, and it all builds to a final act that would be laughable if it wasn’t so confusing in how earnestly it seems to undermine some really . . . misguided decisions.

Blige does well enough in the lead role, and she's certainly the one person trying their best in this mess. She shows someone striving to do right, even after a major mistake, and she also conveys her worry and stress without horribly overdoing things. Wolff isn't too bad, but that's mainly because most of his scenes have him alongside Blige. David Zayas, someone I normally like seeing onscreen, is given a pretty thankless role, there are a lot of other people who make little to zero impression at all, and Anika Noni Rose is given the role of sympathetic protagonist.

I can see why some people might enjoy this as simple, lightweight, horror fare. It attempts to tell a decent story, provide some social commentary, and deliver a few jump scares here and there. Unfortunately, the apparent lack of care made it a miserable viewing experience for me, and other people may feel the same way. Because it's crap. 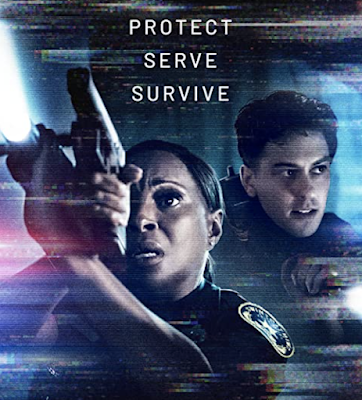