Written and directed by Danishka Esterhazy (who more recently gave us the enjoyable and strange The Banana Splits Movie), Level 16 is a bit of a disappointment, mainly because it hints at a bigger picture that it never shows, leaving viewers with too many familiar ideas and moments in the midst of the intriguing central premise.

Katie Douglas plays Vivien, a young woman trying her best to do well at an exclusive school for girls. The aim of the school is to educate them on how to best behave, preparing them for their eventual adoption into well-to-do families who will keep them safe (because they're also told that the air outside the school is toxic). But Vivien is told by Sophia (Celina Martin) that there's something else going on. Something much darker. The headmistress (Miss Brixil, played by Sara Canning) and school doctor (Dr. Miro, played by Peter Outerbridge) know a lot more than they would ever tell the girls, which means it's time to plan an escape.

With Esterhazy able to gain access to a decommissioned police station in Toronto and do whatever she wanted to it, Level 16 certainly feels like a movie made . . . in one building that allowed someone creative to work with an idea that wouldn't necessarily warrant a full feature without more to flesh it out. It's not that Esterhazy does anything particularly wrong in her writing or directing duties. It's just that she doesn't seem to do enough.

Douglas and Martin are both very good in the main roles, with the latter being the typical sci-fi character who suspects a twisted truth while everyone else acts oblivious and happy as they go on about their lives. Outerbridge and Canning, as the main adults, are an interesting mix. One is written much better than the other, with Outerbridge getting to layer his scenes with some interesting hints of danger lurking just beneath his carefully-maintained professional demeanour. Canning doesn't get to do much beyond the stern headmistress thing, and a change in the status quo towards the end doesn't feel right, simply due to viewers being so used to her one-note turn throughout (more to do with how she is written than the actual acting).

If you're after something that will give you The Handmaid's Tale vibes, and check the boxes of sterile, dystopian, sci-fi tropes, you could do a lot worse than this. It's made with a certain level of polish, and helped by the performances from the younger cast members. But you could also do a lot better. If you're going to base your movie around one main idea then that idea should be a great one. This isn't. It's just okay. And sci-fi that is just okay is, well, ultimately disappointing. 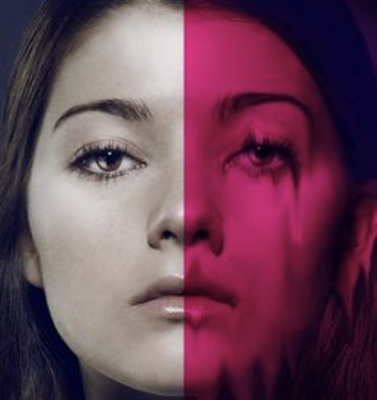