It's another day when I cannot really be bothered to come up with a full review, because it's another movie that doesn't deserve more of my time and energy. But I am still compelled to write this, if only to warn others.

A disappointing reboot of the fun creature feature series, Critters Attack! is all the more infuriating because it comes after four movies that managed to consistently entertain genre fans over the span of a few years.

Dee Wallace is the only returning cast member from the first movie, as far as I can tell, although her character is simply named Dee, apparently for legal reasons. She's not the main character here though. That would be Drea (Tashiana Washington), a young woman who spends most of the movie looking after her younger brother, Phillip (Jaeden Noel), as well as Trissy (Ava Preston) and Jake (Jack Fulton), the children of a professor she hopes to make a good impression on. Something crashes down from the night sky, which means it isn't long until critters are running amock.

Although Dee Wallace is happy to return, Critters Attack! is best appraised by the people who don't return to contribute to another slice of krite carnage. Don Opper and Terrence Mann are both missing, their first absence from the movie series, and there's no credit given to the Chiodo brothers, the men behind the top-notch creature designs from the earlier movies. You would think that the puppets are quite easy to get right, but there's a feeling throughout that things are a bit off this time around, and that costs have been cut wherever possible.

Writer Scott Lobdell doesn't do a good job here, seeming to be too restricted by what is deemed necessary for the series. The characters are underdeveloped and uninteresting, and the critter moments are mostly things we've already seen in the first four movies. Where they were done better.

Director Bobby Miller has one other feature, and numerous shorts, to his name. This is no calling card for him. It's hard to think of this as anything other than a cynical move, and I'm not sure what attracted Miller to the project, unless he has a love for the property and thought he could do something worthwhile with it.

Washington is a good lead, wasted in a film undeserving of her talent, and the youngsters alongside her all do very good work. It's Wallace who stands out for the wrong reasons, mainly because she feels so obviously placed within the movie as ill-conceived fan-service. I won't mention anyone else, but most are decidedly okay.

Being realistic about it, this is far from the worst movie I have ever seen (as many will know, having read some of my reviews of worse movies I have seen). It just feels like it when it gets so much wrong that every other Critters movie got right. Stick with the first four films, just forget this one exists. 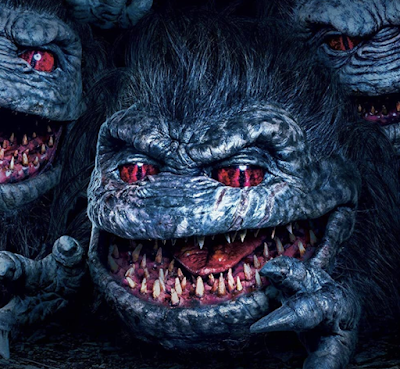