From the final frames of the print of this film, viewed on MUBI: "The Nest Of The Cuckoo Birds was restored in 2017 from the only 35mm release print known to exist. All original film materials are thought to be lost."

There's also a synopsis on MUBI that details a plot about an undercover agent sent to infiltrate bootleggers who gets his cover blown and finds himself in trouble in the Everglades. He finds himself in a pretty isolated hotel, safe from immediate danger but perhaps not as safe as he'd like to be.

I'm glad that MUBI included the usual synopsis here because I have to admit to already having forgotten the opening scenes of the movie by the time the end credits rolled. That's due to this film often feeling like a bizarre fever dream. The inane dialogue, delivered so strangely by almost everyone involved, sent me into some kind of fugue state.

Written and directed by Bert Williams, who also plays the lead role (and takes on a number of other roles behind the scenes), this is a curio piece for fans of bad cinema. Many scenes have a minor level of general competence, technically speaking, but there's a terrible script that can't be overcome by some terrible performers. Williams himself isn't great, but he seems almost decent compared to the strange turns from Chuck Frankle and Ann Long. Jackie Scelza doesn't fare too badly, thanks to her role as the odd and dreamy potential damsel in distress.

To say this embodies the spirit of independent film is an understatement. You can tell that from the opening credits, featuring all of those jobs for Bert and a couple of credits for his wife, Peggy (responsible for the two main songs on the soundtrack). There's also the odd bit of stock footage that doesn't match the rest of the scene it is appearing in, bit players who couldn't act as if they were getting uncomfortably warm even if you covered them in gasoline and set them alight, and numerous scenes that go round and round in circles without actually developing the plot or characters.

Having said all that, it's not without some charm. There's certainly a decent dollop of atmosphere, a couple of darker moments hint at the potential for a much better film, and it may well make you chuckle at a lot of the unintentionally comedic moments.

The Nest Of The Cuckoo Birds isn't available to buy anywhere, so why not treat yourself to the Pusher trilogy instead. 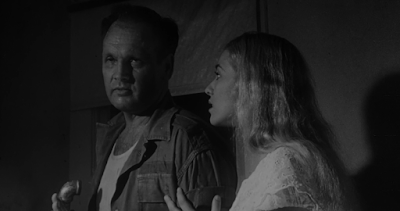