Written and directed by Giddens Ko, Mon Mon Mon Monsters is, on the one hand, an enjoyable yarn about some schoolkids who catch themselves a monster. Then again, on the other hand, it's a look at bullying and the cycle that often plays out when someone who is bullied finds a weaker individual to bully in turn. Unfortunately, on the . . . third hand, it's also a film that moves so abruptly between tones and unearned moments which viewers are supposed to care about that it ends up a rather unsatisfying viewing experience.

Deng Yu-kai stars as Lin Shu-wei, a schoolboy who has been bullied and also set up to look as if he stole money that was intended for use by the whole class. He is then given a mild version of "community service" - feeding the elderly - and is made to endure this alongside the group of bullies who have been making his life hell. As they all start to make fun of the elderly, Shu-wei feels as if he may be accepted, and no longer a victim. But it is only a temporary reprieve. Maybe things can become more permanent when the teenagers grab a monster, keeping it tied to a pillar while they come up with various ways to torture and investigate it. But the monster is just a child, and not alone.

There are various aspects of Mon Mon Mon Monsters that I enjoyed. The acting from the largely young cast is all very good (as well as Yu-kai, Bonnie Liang is very good as the one female member of the group of bullies, Carolyn Chen is excellent as an unhelpful teacher, and Kent Tsai is very good as the leader of his little gang, JUST smart and cool and menacing enough to push others into behaving in ways they otherwise might not). The performers bringing the creatures to life are also very good (especially Eugenie Liu as the adult monster). And there are a number of good ideas throughout the script, some mined more effectively than others. I can't even really complain about the direction from Ko. It's generally good, and one or two key sequences tower over the rest of the film, both of them involving the main female characters.

What I have most trouble with, and what drags the film so far down for me, is the rhythm of the film itself and the lack of any main character to truly root for. One small scene, showing a character being absolutely horrible to a disabled shop worker, turned the whole film so mean-spirited, with no obvious redemption coming along quickly enough, that I was then put off for the rest of the runtime. There was also a finale that had no real stakes, because I'd given up caring for any of the characters by that point, and a punchline that felt as fun as it was completely pointless.

It's a shame that Mon Mon Mon Monsters makes such big mis-steps. There's a great idea at the heart of the whole thing, and one or two minor tweaks would have been enough to turn this into something much more enjoyable. Then again, a lot of people have already enjoyed this more than I did so maybe I am just plain wrong. Again. 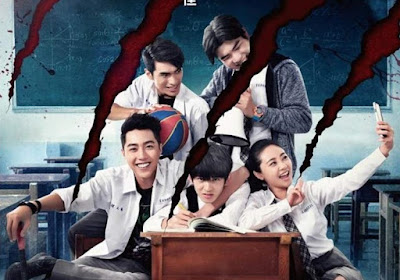