Most Hollywood movies have a comfortingly optimistic view of parenthood and families that have to struggle to balance the household budget. You see mothers rushing around, usually in a montage of school runs and sporting events, and most people struggling with debt still seem to have a roof over their head, a car (which I know is more essential in America than it is here in the UK), and a generally decent selection of food and drinks.

Tully is a film about motherhood that impressively, determinedly, moves away from the sugar-coated outlook that appears in most movies. Charlize Theron plays Marlo, the mother of two children, one daughter and one son, with the latter having an undiagnosed condition that makes him behave in a way that others charitably describe as "quirky". And she's expecting her third child. Her husband, played by Ron Livingston, seems to be loving and supportive, but could probably do a fair bit more to help, and her brother (Mark Duplass) thinks that he will help out by gifting her the services of a night nanny. And that eventually leads to her receiving help from Tully (Mackenzie Davis), a bright and energetic young woman who helps to make a positive change in the Marlo's life.

Although still far from perfect in the way it depicts a struggling mother, and the way in which it depicts certain health issues, this is a film that has more for parents, and especially mothers, to identify with than usual. The direction from Jason Reitman is as capable as ever, the guy does solid work without ever really putting his own stamp on things, and the script by Diablo Cody is a nice balance of harsh truths and wry comedy, despite a couple of mis-steps that are easily forgiven once the end credits start to roll and you think over what you've just watched.

Theron hasn't put in a bad performance in a long time, and she keeps her streak intact here, showing a woman changed by motherhood in so many ways (mentally and physically) that she wonders if she can ever get back to finding herself under the layers of selflessness, tiredness, and auto-responses. Davis, another actress I have been a fan of in almost every role she has played, lights up the screen with almost every moment of her screentime. Her enthusiasm and energy come in at just the right time, and Davis does just enough to keep her character sweet and likeable when she could just as easily have seemed annoying, and even slightly creepy. Livingston has a lot less to do, although he's not painted in any kind of bad light until he takes time to look at himself a bit more closely, and Duplass is a lot of fun with his mix of bluntness and genuine care for his sister. Gameela Wright also does well as a teacher who has to break the bad news that the school can't really cope with the additional responsibility of one troubled young boy.

Some viewers may see where this is heading from the opening scenes (I am notoriously unable to foresee things in movies that others say are completely bleeding obvious) but that doesn't stop it being an interesting and rewarding journey. I think there's still some way to go before we see a more realistic portrayal of motherhood onscreen, if it ever happens, but this gets closer than most, which is just one of the reasons to give it your time.

You can buy the DVD here.
Americans can get a Blu here. 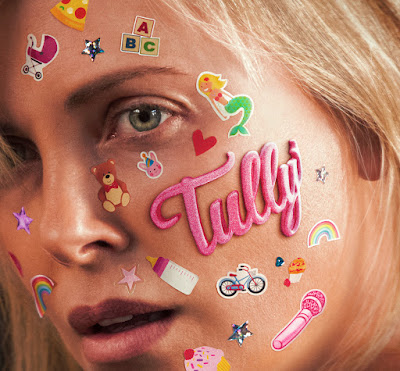