Coming along a few years after the TV show, Tales From The Darkside: The Movie is a fun anthology horror movie, full of familiar faces and some entertaining nastiness.

The wraparound segment itself is a lot of fun, as a wicked woman (Deborah Harry) sets out to prepare and cook a small boy (Matthew Lawrence). In an attempt to delay his transformation into a main course, the boy starts to entertain his captor with the tales.
First off, "Lot 249" is a great slice of macabre fun, based (loosely, I'm assuming) on a tale by Sir Arthur Conan Doyle. Steve Buscemi stars as a young man who has been wronged, but who has just taken receipt of a mummy that he thinks can help exact his revenge.
Then it's on to "Cat From Hell", a Stephen King tale (adapted into a screenplay by George A. Romero) about an old man (William Hickey) who hires a hitman (David Johansen) to kill a cat that he thinks is responsible for the death of his brother and sisters. Is the old man being paranoid, or is the cat really such a nasty piece of work?
The last tale, and a favourite for many viewers, is "Lover's Vow". Written by Michael McDowell, who also adapted the first tale from the source material, this sees James Remar playing a struggling artist who witnesses something unbelievable one night. It's a dangerous monster that allows him to live, only on the condition that he never tells anyone else of their encounter. Fortunately, Remar also meets the lovely Rae Dawn Chong on the same night. The two develop a relationship, but Remar wonders if he can break his silence to be fully honest with the woman he loves.
And then it's back to the wraparound story, of course, for a conclusion that allows viewers to see who will end up in that big oven.

Director John Harrison doesn't do too much wrong here, but he's helped immensely by three decent stories, a fun wraparound, and a collection of great actors in the main roles. As well as Steve Buscemi in the first tale, we also get Christian Slater and Julianne Moore. The second tale is mostly a two-hander, but I'm a big fan of William Hickey, especially when he's working in the horror genre, so that's not a problem. And Remar and Chong both work well in the last tale. Oh, I'd also better mention that Harry and Lawrence are a lot of fun in their scenes.

The script isn't the sharpest, but that's okay. Things work out, in this instance, thanks to the ability of the stars to carry the material, and the great punchlines for each segment. Everyone who has seen this movie remembers the third tale, yet the others are certainly above average for this kind of thing. "Cat From Hell" is the one I like least, and even that has a number of fun moments throughout, before it starts to tail off in the last few minutes (no pun intended).

Despite my praise, this is far from the best anthology horror movie. It is, however, also far from the worst, and it's definitely worth your time. 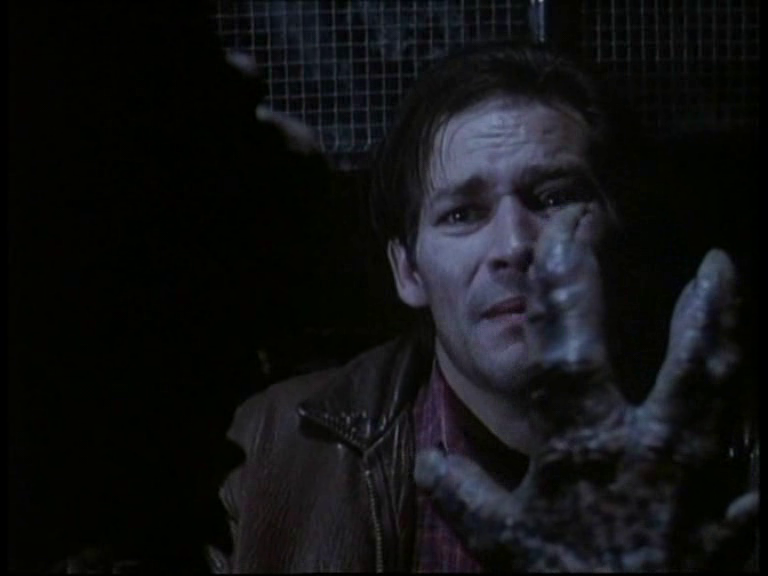