Certainly deserving of attention for being a bit different, and sometimes a bit more stylish, than many other British horror movies from the decade, Lighthouse is (it would seem) a bit of a forgotten horror from the end of the 1990s. I wouldn't go as far as saying that it's ripe for rediscovery, and it's no overlooked classic, but there are enough moments throughout to make it worth 90 minutes of your time.

The lot concerns a prison ship that ends up crashing on to a tiny, rocky island. That's not a good situation to be in, and it gets worse when a psycho killer (Leo Rook, played by Christoper Adamson) sets out to kill everyone.

Directed by Simon Hunter, who also worked on the story with writer Graeme Scarfe, Lighthouse is a strange mix of various elements. First of all, the prison ship itself seems quite incongruous. Perhaps nothing we see onscreen is meant to be taken literally, which would explain this choice, but it's definitely an odd starting point. Second, the usual mix of characters don't really get to do enough, aside from wait to be offed by the killer. In fact, they're only made memorable thanks to the actors picked to play them (such as Paul Brooke, Don Warrington, and one or two others).

The third thing worth mentioning is the fact that there are a small number of set-pieces that feel as if they could have been lifted from some classic gialli flicks. More of these moments filter throughout the third act, with impending potential death intercut with vague memories taking root in the forefront of the mind of one character, but Lighthouse has stuck in my mind over the years thanks to one brilliant sequence that involves someone hiding from the killer in a bathroom stall. The layout of the bathroom itself, the camera angles used, and the way in which the tension is drawn out, all of these things add up to a moment in the movie that the rest of it fails to match.

James Purefoy is the main prisoner we know is capable of being a hero, of course, and Rachel Shelley is Dr. Kirsty McCloud, who may just end up pairing up with Purefoy to stay alive until the end credits. As well as those already mentioned, you also get roles for Christopher Dunne, Bob Goody, Pat Kelman, and one or two others. None may be household names, but most will be generally recognisable, even if you cannot recall where you last saw them.

It's a shame that Hunter and Scarfe couldn't manage to tighten this up, to tweak and polish the script until it was developed into something much better than what we ended up with here. The skill is there, and Hunter certainly shows that he is more than capable of delivering bloodshed and vivid imagery, but there's not a strong enough framework, in terms of story, characters, and dialogue. 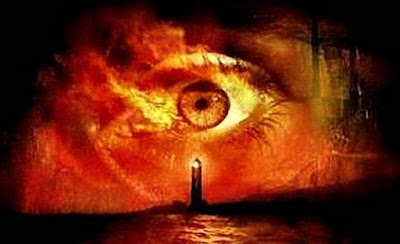