Carell plays the Dan of the title. He’s a widower with three young girls who seem to test him more and more every day. He also writes a column in which he offers other people advice and helps them with their own family problems. If only he could sort out his own. He and the girls head off to a family gathering and it’s not long before Dan is encouraged to head off for a bit of time on his own. He heads to a local bookshop and, while there, meets the beautiful Anne-Marie (Juliette Binoche). The two of them have a wonderful time talking together and Dan gets her phone number as they go their separate ways. He’s shocked when he gets home and is introduced to the latest girlfriend of his brother (Mitch, played by Dane Cook). Yep, it’s Anne-Marie. So begins a family gathering from hell as Dan veers between playing things overly cool and letting his emotions cause no small amount of embarrassment.

Directed by Peter Hedges (who also co-wrote the movie with Pierce Gardner), Dan In Real Life benefits from an absolutely superb cast but doesn't give any of them enough moments in which to shine.

Carell is wonderful and Binoche is delightful but the great Dianne Wiest and John Mahoney are sadly underused while the not-so-great Dane Cook is sadly given plenty of screentime. Now, unlike some folks, I don't mind Dane Cook and have actually enjoyed a number of his movies and performances but he's not served well by the script here, his role being little more than harmless schmo oblivious to some rather obvious awkwardness between his new lady and his brother. If you like Emily Blunt then you may be disappointed to see that she's also given very little to do. In fact, her screentime amounts to little more than five minutes and her character is simply a bit of an antidote to all of the subtle treachery occuring while, let's face it, a guy tries to sabotage his brother's latest relaionship. Alison Pill, Britt Robertson and Marlene Lawstonare all quite good as Dan's three young daughters but even their characters aren't given all that much to do. 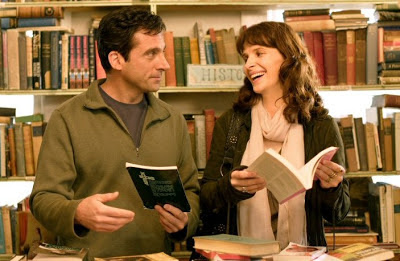