There was nothing that appealed to me when I saw the trailer for The Croods. It looked okay, I guess, but it also looked quite bland and unfunny. In fact, had it not appeared on Netflix (ahhhh, thank you Netflix) I probably wouldn't have given it a look for some time. But it did appear on Netflix. And I thought I should at least give it a try.

Well, within the first 10 minutes I was glad that I'd decided to give the movie a chance.

The Croods was definitely sold short. It's not up there with the very best animated movies that I've seen in recent years, but that's simply because the best animated movies nowadays are SO good. Thankfully, this film is very enjoyable, and also benefits from visuals that cram in so much colour and detail that even the more ridiculous onscreen moments can appear photo-realistic at times.

The story concerns a prehistoric family who live in a cave for most of their time. This is because the father (Nicolas Cage) wants them all to be safe, even if it means that they're not too happy. The unhappiest member of the family is Eep (Emma Stone), a young girl who wants to get out there and explore the world. Well, she gets her wish when she meets Guy (Ryan Reynolds) just as some major environmental changes force the family out of their cave and wayyyyyyyy out of their comfort zone.

Building the comedy from the cast of characters and situations they find themselves in, as opposed to a load of pop culture references and one-liners, The Croods is good fun for the whole family that doesn't always take the easy option. Oh, okay, it DOES often take the easy option, but not without an enjoyable feint in a different direction before getting back on track.

Directors Chris Sanders and Kirk De Micco, who developed the screenplay from a story they worked on with John Cleese (yes, John Cleese), have done a great job, balancing spectacle with humour and heart. There are times when The Croods becomes *shock, horror* slightly mawkish, but it's always just the right level of sweet without becoming sickening.

That balance is helped by the vocal cast, who all seem to have a lot of fun. Cage should really do more work like this. His voice is instantly recognisable, but his character gets away from his usual tics and twitches thanks to the fact that it's delivered by animators. Stone is very enjoyable as the little girl wanting to grow up and strike out, Reynolds is good as the young man showing people a way to potential safety, and Cloris Leachman and Clark Duke both provide some chuckles as, respectively, Gran and Lunk. Catherine Keener has the most thankless role, as the mother/voice of reason, but she's just fine in the role.

I've not heard many people discuss The Croods, although it appears to have done well enough at the box office to get a sequel greenlit, but I hope that its reputation starts to grow. As surprised as I am to be saying it, this may very well be the second-best American animated movie of 2013 (with the top spot held by the brilliant Monsters University). 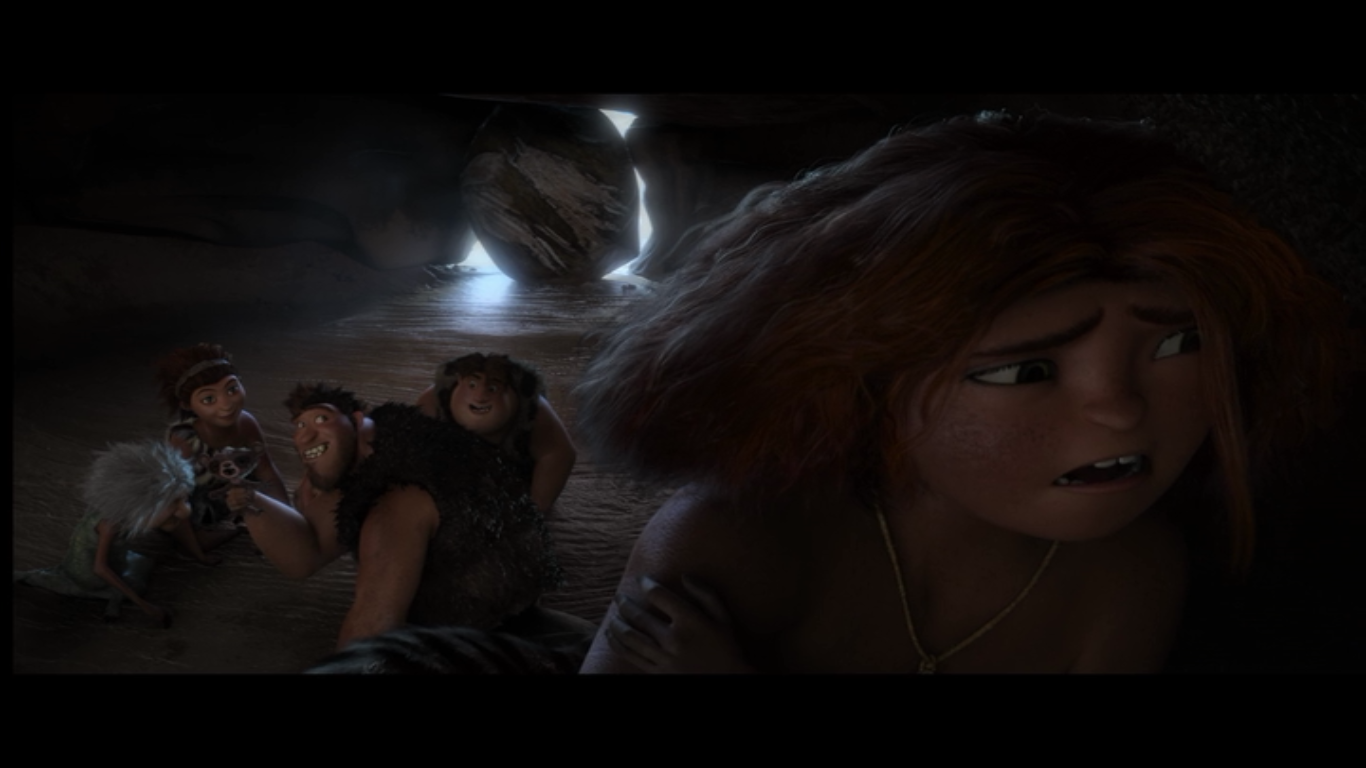