Here it is. The spin-off movie for a character first introduced to viewers in the Shrek sequels. Puss In Boots is a character that I, and many others, enjoyed when he joined in with the other established characters and helped to mix things up a bit. He never, however, seemed like someone who needed his own movie. And Puss In Boots proves me right.

Part adventure romp, part "origin story", Puss In Boots puts Puss (Antonio Banderas) in the middle of an adventure with his former friend, Humpty Dumpty (Zach Galifianakis), and a talented, attractive thief named Kitty Softpaws (Salma Hayek). Will the adventure have a good outcome, allowing Humpty to finally forgive Puss for letting him take a great fall some years ago, or will old wounds be reopened as the trio attempt to get hold of the magic beans that will let them grow a giant beanstalk and grab themselves a golden goose?

Some movies just grab you and some don't. Puss In Boots fell into the latter category for me. So much of the movie has been done before, and done better, and it feels like a trip back to a drying well (although, good grief, there's a sequel planned at the time of writing, so I may be in the minority).

Banderas and Hayek both have rich, warm voices, suitable for their kitty cat characters, and there are no problems with the line delivery. Galifianakis isn't as enjoyable, but he does what's asked of him. The main problem seems to be that the script, mainly written by Tom Wheeler, just isn't good enough. None of the dialogue stands out, and most of the set-pieces suffer from a sense of overfamiliarity (e.g. another dance off, but, y'know, with cats instead of people).

Director Chris Miller doesn't do much to help, but I guess he doesn't have to. There's enough here to make the film passable entertainment, it's not as if I will say that it's a poor film, thanks to the decent animation, movie references, and the fun that comes from heroics being accomplished by such cute cats.

Basically, this is a movie that will probably keep the kids entertained even if it doesn't try to be half as good as it could be. Considering the amount of great family entertainment that has appeared in recent years, that's a great pity, and puts this low on any list of prioritised viewings. 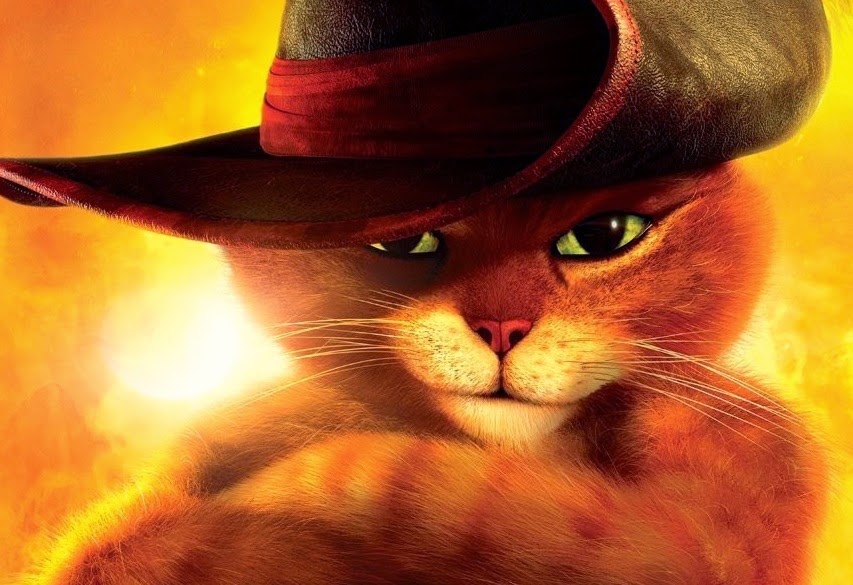