The fact that Nine Dead doesn't look like it was shot by a lunatic band of monkeys is one of the few reasons that the film merits the few points I begrudgingly offer it in this rating system. You see, Nine Dead is just one of those movies that makes it hard for any viewer to work up any enthusiasm for, it's so lazy and badly executed.

Nine people are caught and imprisoned in a room together. If they can figure out why they have all been put together and why a masked gunman wants them dead then they will be free to leave. Until they do get to the reason behind the killing, one will die every ten minutes.

The rot starts to set in with the script, by Patrick Wehe Mahoney, one of a hundred Saw imitators and one that shouts out its failings and ridiculousness while thinking it's being oh so clever. It's as preposterous as it is poor and actually insults viewers with what it asks them to believe in.

Things aren't improved by the acting, a mixed bag of people fail miserably to rise above the weak material with "top name" Melissa Joan Hart providing the worst performance of the lot. Hey, I'm as guilty as the next person of enjoying the odd episode of Sabrina The TeenageWitch but that was a long time ago and it looks like Miss Hart has forgotten everything she ever learned (though I'm well aware she was never all that good back then either, she was at least a little bit likable). I'm not going to name the others, they don't really deserve being mentioned - some act their way to something approaching average but most of them barely stay ahead of "Sabrina".

Director Chris Shadley can keep the camera pointed in the right direction and shows a basic level of competence but he doesn't do enough to cover up the massive plot holes or compensate for the terrible cast.

The one thing I will say, to end on some note of optimism, is that this is Mahoney's first script (and it definitely shows) and Shadley's first stint in the director's seat so there is certainly room for improvement. Given better material to work with, I can see Shadley actually provide a decent movie one day. Maybe. 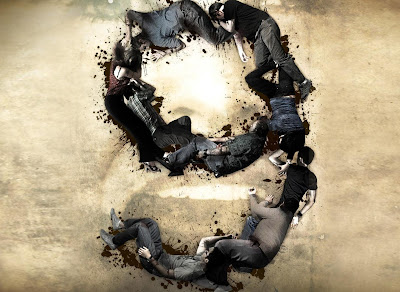