While it's familiar stuff to anyone who has seen at least one other supernatural thriller in their lifetime, A Haunting At Silver Falls isn't all that bad, considering its obvious limitations and what it's aiming for.

Alix Elizabeth Gitter plays Jordan, the new girl in town. She is being looked after by Anne (Tara Westwood) and Kevin Sanders (Steve Bacic), but it's not long until she starts to push at the boundaries of their rules and regulations by heading out to party with Larry (James Cavlo). Because of that partying, Jordan ends up in possession of a ring and that ring leads to her seeing a couple of ghosts, the ghosts of twin sisters who were murdered in the area. It seems that the ghosts want Jordan to bring their killer to justice, but that probably won't happen without a red herring or two popping up during the runtime.

Director Brett Donowho doesn't do a bad job here, by any means. True, the film could have been a bit scarier, but it seems that all involved were happy to make this a supernatural-enhanced thriller rather than a horror movie with some extra melodrama. That's fine, but it makes the movie a low priority when it comes to weekend rental choices, for example. It's surprising that the script took three people to work on it - Cam Cannon, Rachel Long and Brian Pittman - because there isn't much here that doesn't feel predictable and derivative.

The cast all do okay. Gitter is fine in the lead role, Westwood and Bacic are very good throughout and Cavlo is good enough, if a bit forgettable. Erick Avari (you may not recognise the name but you will know him when you see him) does well with his limited screentime, and Jade and Nikita Ramsey are both given a  makeover to look impressively frightening as the deceased twins.

Not a movie I would revisit, but I didn't mind watching it once. It avoids the worst cinematic crime of all (which, in my view, is being boring), throws in a few jumps and does enough to keep undemanding viewers, like myself, entertained for the duration. Just. 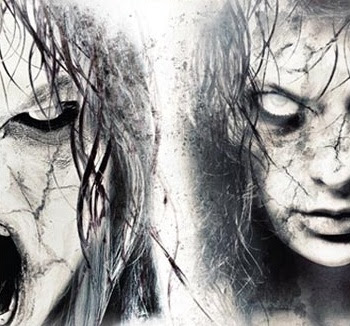