Remember the classic Paris, Texas? Harry Dean Stanton wanders through some desert on his way to finding and reconnecting with his family. There's a gorgeous score by Ry Cooder and great performances from everyone involved. That was released in 1984. This tale, of a father heading out to try and find his daughter, was from the previous year. There is some impressive imagery, a memorable soundtrack (although this one is full of punk songs, no gorgeous Cooder music here), and a general location used as the title name. I guess what I'm trying to say is that, if you stand on your head and then squint, you can see how this could have been the precursor to Paris, Texas.

Ed Nylund plays a man who spends most of his time in a Santa suit. He's pushed into action when his daughter (Z, played by Carolyn Zaremba) heads off to become a famous actress. That's the basic plot, intercut with footage of a reporter asking members of the public about their thoughts on Santa, a number of punk performances, and discussion of the nuclear bomb.

Although this would never be a film that you would rush to recommend to anyone else, it's a surprisingly interesting and worthwhile experience. Best of all, it really feels like a fast 'n' loose movie steeped in the essence of proper punk. The musical moments make that seem obvious, but the formatting, and breaking of the film rules, also adds to the overall feeling. There's a fun moment towards the end of the film that has the director portraying his main actress, stating that she was meant to be playing someone running off to find stardom and she decided to actually run off to find stardom.

It's Rick Schmidt at the helm, a man who has been building up a fairly sizable filmography for over the the past forty years. This is the first film from him that I've ever seen, but I hope it won't be the last. Say what you like about the quality, of the content and the technical ability, the man has a vision, an interesting view on the world, and that makes his work ten times more interesting than many safer choices. He also co-wrote the script with Dick Richardson, with the pair almost making some interesting points here and there, although they are sadly lost in the final product, due to a lack of focus and an excess of head-scratching moments. 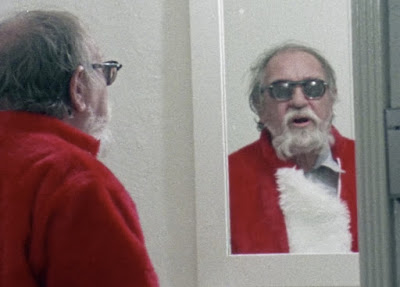