There Are Monsters starts off really well. REALLY well. The opening act makes great use of the found footage style to put a different spin on familiar "Body Snatchers" material. And the main actors do a decent job, which is often a pleasant surprise with these movies (as if the supposed low-budget style automatically means poor acting from people pretending to be natural). Then it all starts to unravel. And it gets worse, and worse, and worse, winding towards a finale that it becomes increasingly difficult to care about.

Written and directed by Jay Dahl, developing one of his shorts into his feature debut (after just over a decade spent building a decent body of work), There Are Monsters follows a group of film-makers who end up inadvertently witnessing the gradual takeover of the human race while they're making a documentary.

The main quartet here are Beth (Kristin Langille), Jeff (Guy Germain), Terry (Matthew Amyotte), and Dan (Jason Daley). Don't ask me to remember who was who, in terms of main characteristics, because everyone is pretty interchangeable. They're all there to pretend to be wandering through a normal world until they start to see more and more signs of obvious abnormality. And they all do a fairly decent job.

Dahl gave himself such a great concept to work with, and he looks set to make a real success of things with the early scenes. You get a mixture of little, unnerving, touches and strange effects that start to paint a disturbing picture. The filming style generally works well, even when you start to ask yourself the usual questions that always come up when watching found footage films, until it stops being an organic way of displaying the material and turns into something completely unnecessary, and bloody lazy.

Yes, this is a found footage film that gives up on that idea pretty early on, but then decides to keep filming everything in the standard unfocused, shaky-cam style. That can be hard to tolerate when watching movies that are dictated by the format. It's very annoying to have to tolerate it when you realise that the film-maker couldn't even be bothered to keep working to his own remit.

A failure all the more frustrating because of how easily it could have been a complete success, There Are Monsters still has enough good scenes to make it worth your time, and there is some enjoyably disturbing imagery in the grand finale, but I cannot recall the last time a movie annoyed me as much as this one did, watching someone hide in the dark and use a camera/flash in a way that we've seen so often before in films of this type . . . without it really having to be another bloody film of this type. 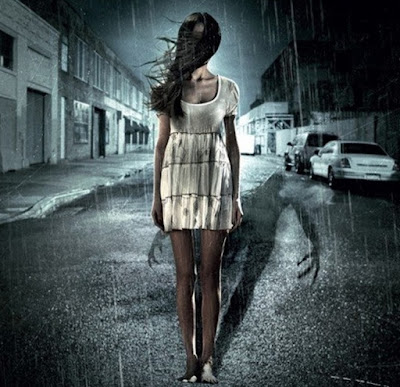