Clint Eastwood seemed to go out of his way to become, at least temporarily, hated by women in 1971. He starred in both The Beguiled, a wonderful gothic melodrama, and Play Misty For Me, a contemporary psychological thriller that serves as one of the main fore-runners to the "(x) from hell" movies that would become very popular again throughout the 1980s and '90s (and, to my delight, seem to be experiencing a slight resurgence at the moment). The big difference is that the former was directed by Don Siegel while the latter was the directorial debut of Eastwood himself (with a cameo role for Siegel).

Eastwood is a DJ, Dave, who manages to work his seductive magic one evening on a woman named Evelyn (Jessica Walter). Evelyn is a fan, and assumes that their liaison is the start of something serious. Dave just wanted some fun, but Evelyn has been pining for him a long time. She is the caller who often requests a tune named "Misty". One thing leads to another, and another, and things start to get heated and problematic quicker than you can say "bunny boiler" in a thriller that doesn't bother with ensuring you think the lead is completely undeserving of . . . at least being made to squirm for a little while.

Written by Jo Heims and Dean Riesner, this really does feel like a template-setting movie in this particular subgenre. Things start off being mildly inconvenient, with Evelyn turning up unexpectedly to cook a meal for Dave, for example, and the escalation is as steady as it is swift. The first half shows moments that make it all worse, and it's easy to see why someone would be angry at Evelyn before then feeling sympathy for her. And she has another way to win over Dave, of course, that involves shedding her coat to show nothing being worn underneath.

Eastwood directs with a sure hand, there's nothing fancy here but it's all clean and professional throughout, an approach that he would maintain throughout his entire directorial career. He's a man interested in human stories, and this is definitely a tale worth telling. Casting himself in the lead role also helps, not only for his own approach to the work (I am sure) but also because it's easy to buy into his character, and how someone like this could act around his level of supreme handsomeness.

Walter is superb in the role of Evelyn, initially sweet and alluring before turning into the flesh-covered equivalent of a bag of angry cats. She's the star of the show, despite Eastwood having his name and fingerprints all over it, and becomes more and more intense and unnerving as things build towards the expected climax. Elsewhere, Donna Mills is fine as an ex-girlfriend Dave wants to fix things with, John Larch is an investigating officer, and Clarice Taylor stands out as a housekeeper, Birdie, who ends up on the end of a horrifically violent outburst from Evelyn.

Although far from perfect, especially when it comes to the 1970s attitude towards what is surely a serious mental health issue (although, having said that, things didn't change much for the treatment of the perpetrators in those 1980s movies either), this remains a fine thriller, and showed Eastwood storming into this decade with a sense of commitment and fearlessness that would, mixed with a canny knack of giving people what they wanted every few years (be it cowboy, gun-toting cop, or everyday hero with an oranguntan sidekick), ensure his immortality as a towering cinematic icon.

You can buy the movie here.
Americans can get a decent little set here. 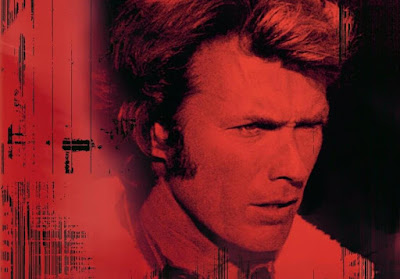