Do you remember Panic Room? It's an oft-overlooked entry in the filmography of David Fincher, although not as forgotten as The Game. Those two films have one thing in common. They are both superb thrillers, unjustly dismissed alongside a few other films that just happen to be modern classics. When I heard about Breaking In I immediately thought of Panic Room. The core idea is similar. That's the only comparison point between the two.

Gabrielle Union plays Shaun Russell, a woman who heads to the home of her late father in order to put things in order. She is there with her two children (played by Ajiona Alexus and Seth Carr). It's not too long until they're joined by some unwanted guests, a quartet of crooks who want inside the house to find $4M they believe is hidden in a safe on the premises. Things quickly go from bad to worse as Shaun finds herself locked out of the house while her children are held hostage inside. She's determined to get back in and save her family (hence the title).

It's not that this is a terrible movie, let me make that clear right now. When I watched Breaking In I felt that it passed the time easily enough. I was generally entertained, some of the cast stood out ahead of others, and it clocked in at a near-perfect runtime for this kind of thing (just under 90 minutes). It's not bad.

Unfortunately, it's not that good either. Considering the simple appeal of the premise, this should have been much better than it is. There's a feeling that everything has been clumsily slapped together, as opposed to being put together with real care. There's not enough moments allowing viewers to become accustomed to the geography of the house, for example, so one location just somehow links to another, and so on and so forth. The script, by Ryan Engle (from an idea by Jaime Primak Sullivan), is fairly weak, with Union absolutely defined by her maternal instinct, fair enough, while the criminals run through what seems to be a lengthy checklist of "standard criminal chatter 101". It's very telling indeed that this script from Engle is even weaker than another he worked on from the same year, Rampage.

Director James McTeigue fails to put any stamp on the proceedings, which is how he usually works (so many people still seem to think that V For Vendetta was directed by the Wachowskis), which is another thing that works against the end result. This is a film in need of something to lift it above the mass of clichés, and neither writer nor director offer up a thing.

Union is okay in the lead role. There are many other contenders who could have done the job better, but I find her to be a likeable presence in movies, and she's someone I can root for while she tries to outsmart villains and keep her cool. As for those villains, there may be four of them, but only two make a strong impression; Richard Cabral and Billy Burke. Cabral is the kind of guy who will do whatever it takes, making him a more threatening presence, while Burke seems to want everything to go as smoothly as possible, in a way that doesn't have to mean more bloodshed. Alexus and Carr are just fine as the imperilled children, even if they act a lot calmer than I would have in that situation (whether I was their age or the age I am now).

I like to think of myself as fairly easy to please, and those who know me can testify to that, and this will work for you if you're anything like me. I just don't think many people will love it, although it could certainly play better to women who can enjoy watching a badass mother who is actually . . . a badass MOTHER. 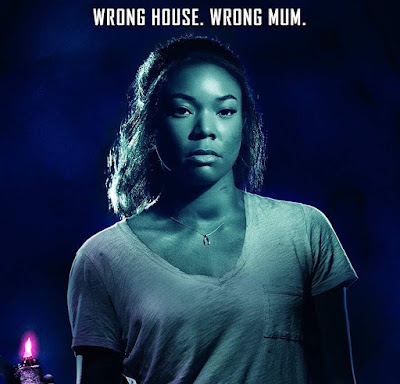