The more I think about Sweet, Sweet Lonely Girl, the more I find to like about it. It's the kind of film that can be easy for people to hate. It seems light, scenes are put together in a way that make you wonder what the point of it all is, and then you get an ambiguous ending that allows you to take away from the viewing experience what you want to put into it. Trying to truly figure out what it means to you is like trying to catch a bubble without popping it, and the end result is all the better when it finally works (both the figuring out of the movie AND the bubble catch).

Erin Wilhelmi plays Adele, a young woman who moves in with her Aunt Dora (Susan Kellermann) to help care for her. Aunt Dora doesn't want to interact with anyone though, including Adele. She leaves notes for her, instructions for what is to be done and what is not allowed, and that leads to a quiet, lonely, existence for Adele. Until she meets Beth (Quinn Shephard), a young woman who brightens up Adele's life with her energy and willingness to indulge in moments of selfish naughtiness, be it encouraging Adele to bend/break the rules laid out by her aunt or stealing a dollar tip left on a bar. Things look up, which means they may inevitably soon turn down again.

Written and directed by A. D. Calvo (AKA Alejandro Daniel Calvo), this is an Autumn-tinted gothic tale of commitment, complemented by a quiet and effective score from Joe Carrano and two lead performances that I am unable to find any fault with. It's not a film for the impatient, and not a film for those who need their genre elements to be much more overt, but it is most definitely a horror film, despite the protests you may hear from those who don't appreciate how slowly it winds towards a brilliantly effective finale.

Wilhelmi is the standout, but only just, giving a performance that always shows a character who is bad at hiding everything below the surface, good or bad. You know that her default state is shy and quiet, and there's a real sadness to her, which makes it more bittersweet as she starts to experience real happiness for what feels like the first time. It may not be, but it feels that way. Shephard is just the right mix of sweetness and strength to make it easy to believe that Wilhelmi would be so taken with her, and it's essential that she plays everything just right. Susan Kellermann is fine in the much smaller role of the reclusive aunt, hardly seen but responsible for at least one solid jump scare.

Beautifully ethereal from start to finish, Sweet, Sweet Lonely Girl is a film about haunted people in the same way as both Burnt Offerings and Picnic At Hanging Rock. Or even, as namechecked by one of the main characters, Jane Eyre. And it easily ranks alongside every single one of them.

You can, of course, currently watch Sweet, Sweet Lonely Girl on Shudder. 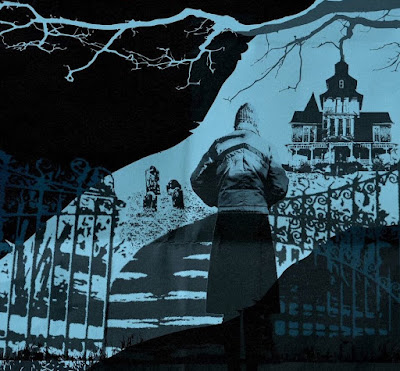