A remake of a movie that remains my favourite disaster movie of all time (The Poseidon Adventure), Poseidon would seem to be a movie not really worth bothering about. How could it ever hope to top the fantastic original? Well, let's just cut to the chase here, it doesn't. It does, however, make for a decent bit of entertainment in its own right, thanks to a decent cast and solid direction from Wolfgang Petersen, who is no stranger to drama in submerged vessels (as viewers of the magnificent Das Boot will agree).

This adaptation may take place almost a quarter of a century after the original movie, but there's very little different in the overall premise. That's unsurprising, the main premise is so good that it needs no tinkering. A large and lovely cruise ship, the Poseidon, is hit by a freak wave out in the middle of the ocean and a group of people decide that their best bet for survival is to get to the bottom of the ship, which is now the part of the vessel now lying ABOVE the water. So the folk start to climb up and up on a perilous journey, doing their best to stay ahead of rising water levels, avoid explosions and fires and keep their footing as they move higher.

As you might expect, there are a number of scenes in Poseidon that are all about spectacle. Thankfully, the special effects are so well done that the moments of spectacle are really . . . . . . . . spectacular. Seriously, the visuals are consistently impressive, which is kind of a minimum requirement now for the big-budget disaster movies.

Special effects aren't everything though, as almost everyone would agree. The focus of the movie sways between the destruction of Poseidon and the perilous journey of the characters, which is why it's a good job that the various cast members all do well in their roles.

Kurt Russell and Josh Lucas are the two leaders of the group, men with different styles who have the same inner strength and strong will. Russell's character has added motivation as he also does his best to keep his daughter (Emmy Rossum) and her young fella (Mike Vogel) safe. Jacinda Barrett plays a woman whose main concern is her young son (played by Jimmy Bennett), Mia Maestro plays a stowaway and Richard Dreyfuss is the oldest member of the group. There are also small roles for Freddy Rodriguez and Andre Braugher. Oh, and Kevin Dillon goes over the top as the asshole of the group. I guess I should also warn anyone who dislikes the singing voice of Stacy "Fergie" Ferguson, they will roll their eyes as she entertains the cruise ship passengers during the opening scenes of the movie.

The script by Mark Protosevich (working from the novel by Paul Gallico, with some nods to the 1972 film) is perfectly serviceable. This kind of film has very few surprises, therefore the script isn't exactly full of great twists, turns and character reveals. It sketches out the relationships, it goes for the easy moments of emotional manipulation and it moves the survivors from one problem on to the next. For me, that makes the script just fine for a disaster movie.

Everything - script, cast, special effects - is brought together masterfully by director Petersen, who paces things perfectly and keeps the camera moving around in a way that never lets viewers forget how much worse the whole situation is getting for every minute that the ship is capsized.

I really didn't expect to enjoy Poseidon as much as I did. My love for the original movie is so great, I just didn't expect to see around that mental block. The fact that I ended up thinking about buying this as soon as the end credits started rolling is testament to what a pleasant surprise it was. 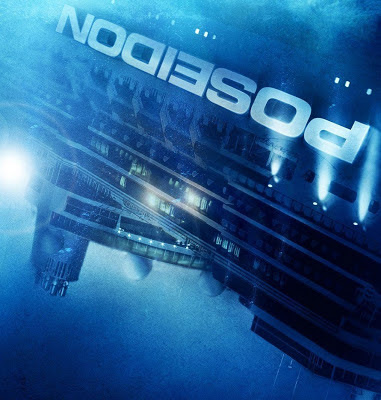