I remember when Groundhog Day first came out and at least one of the many reviews said the following: "how you feel about this film will really depend on how you feel about Bill Murray." That remains as true today as it was then. Of course, back then I didn't realise that there were people who DISLIKED Bill Murray.

The story is known by most people nowadays, but I'll cover the basics nonetheless. Murray plays Phil Connors, a weatherman sent out to cover Groundhog Day, with a producer (Rita, played by Andie MacDowell) and cameraman (Chris Elliott), in Punxsutawney, Pennsylvania. Groundhog Day is when the residents wake up a groundhog, Punxsutawney Phil, and claim to receive an answer from him regarding whether or not he sees his shadow. If he sees his shadow then they're due for six more weeks of winter. Once he has filmed his bit, Phil just wants to get out of Punxsutawney. But it turns out that heavy snowfall stops him from leaving. Even worse, when he wakes up the next day . . . . . . . . . . . . it's Groundhog Day all over again. Stuck in a time loop, Phil tries to figure out how to escape his fate.

The only problem I have with Groundhog Day is Andie MacDowell. I'm sorry to any of her fans that might read this, but whenever she appears in a movie I always end up wishing that the director had instead held out for someone who could actually act. To call MacDowell wooden is an insult to a versatile building material. But that's it, that's my only negative comment out of the way.

Murray is fantastic in the central role, giving a performance that people are sick of me going on about as one of the most overlooked of all time. It is. Just because it takes place in a comedy film, that doesn't mean that people should forget what a brilliant, nuanced turn it is. Often broad, admittedly, there are great laughs in almost every scene derived from how Murray reacts to his situation, depending on how he's trying to make his day turn out. Elliott is fun as the cameraman who seems to deserve his assignment alongside Phil, as the two of them are as bad as one another, albeit in different ways. Stephen Tobolowsky steals his scenes, playing an old school associate named Ned Ryerson (bing!), and Brian Doyle-Murray once again gets a decent role alongside his brother, playing the mayor of Punxsutawney.

Harold Ramis does a near-perfect job in the director's chair (this remains his best film, for me) and he's helped by a sharp script, co-written by himself and the man who came up with the whole premise, Danny Rudin. There's also a great score by George Fenton, sharp editing by Pembroke J. Herring, perfect performances from every supporting player (including Michael Shannon in his cinematic debut), and memorable use of I Got You Babe, sung by Sonny & Cher.

Everything works so well that I am even able to overlook the mis-casting of MacDowell in the female lead role. This is, to me, a perfect film. Even if I have just mentioned one main imperfection. I'm not sure if that will make any sense to anyone except me. I hope so. Let me just end with something obvious, although no less true - this is a modern comedy classic that I can watch again and again and again. 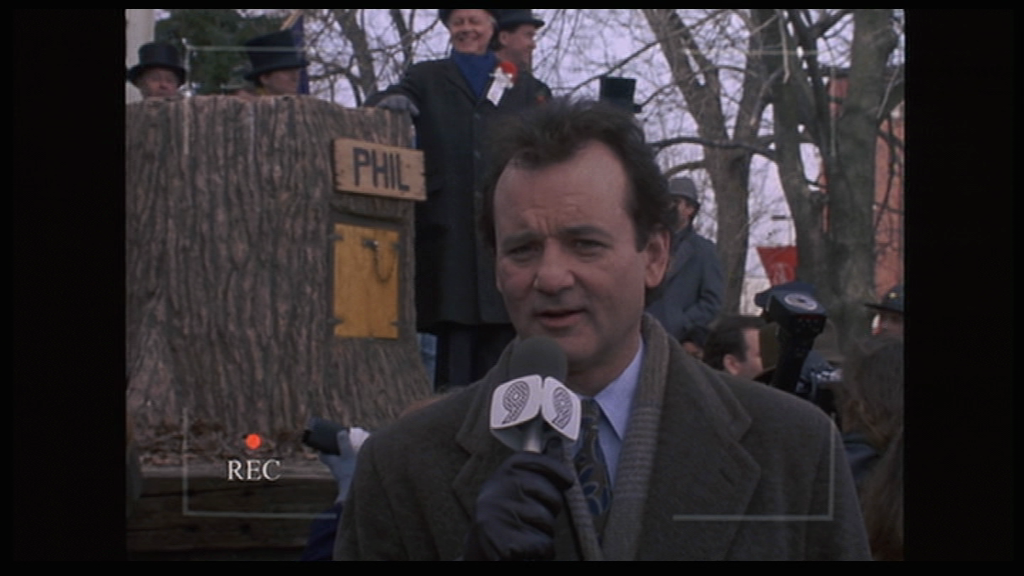