First thing is first, this is the main page I use as a "portal" for the search engine to find. So anyone looking for a particular title just has to look at the top left corner of the screen. See that search box. Type in whatever you're after and I hope something comes up that you're looking for.

Now for the random recommendations.

Anyone who knows me knows that I don't like to use the words underrated and overrated. Things are just . . . . . rated and it all usually evens out. Having said that, I have been thinking more and more about a few movies that I think more people should be aware of so I'm adding an extra blog post today to recommend some films. Hopefully, you've already heard of most of them but if you haven't then please do check them out.

Enemy Territory - It's not the best way to view it but it may be the only way to see it at the moment, if you type in Enemy Territory 1987 while on YouTube you will be rewarded with a movie that features roles for Tony Todd, Jan Michael Vincent and Ray Parker Jr. Yes, the guy who sang the theme song for Ghostbusters. And it's reviewed here.

Cohen & Tate - Roy Scheider and Adam Baldwin star in this fantastic thriller/black comedy about two hitmen being played off one another by a kid. I hope a better disc comes out at some point but at least this is available in the meantime. Reviewed here.

Drive - No, not THAT one. I'm on about THIS one. Kickass action with one fight scene so enjoyable that it was "homaged" in Blade II. Drive is reviewed here.

King Of The Hill - AKA The Steven Soderbergh movie that nobody ever mentions. I loved it when I saw it years ago and I'd like to see it again soon. Mayhaps I will buy this DVD.

The Music Of Chance - One of those wonderful little films that I first saw many, many years ago late at night on either Channel 4 or BBC 2 before we all had a gazillion channels to choose from PLUS DVDs PLUS LoveFilm Instant, etc. A gambler loses a bet and has to build a wall but there's so much more to it than just that. James Spader stars in it and it's brilliant. Take a chance on the DVD.

The Hill - A powerful drama from Sidney Lumet that stars Sean Connery and looks at certain aspects of military life, this is a film that will be loved by anyone who enjoys great drama. And it's available here.

Trojan Eddie - Just look at that cast. Now buy the film and enjoy it, you can thank me later.

Restless Natives - I still consider this essential viewing for anyone living in, or a fan of, Edinburgh. Here is my review. It's a tale of robbery in the Highlands, it features a great mix of drama and comedy and there's an absolutely fantastic soundtrack from the great Big Country. Buy it.

King Of The Ants - This is what happens when you match director Stuart Gordon up with the darker writings of Charlie Higson (now best known for his comedy work and stories about a young James Bond). It's disturbing and it's brilliant. And it's easily available here.

The Baby - Also known to a number of people as "what the fuck did I just watch????". I won't even explain it but it's certainly not for everyone. It is, however, superb and completely mad, as far as I'm concerned. Make a risky purchase here.

And that's it. I know that people who browse my blog can be as film-obsessed as I am but I hope that there is maybe one title amongst that lot that you've never heard of before. If so then do check it out. And get back to me with your take on it, good or bad. 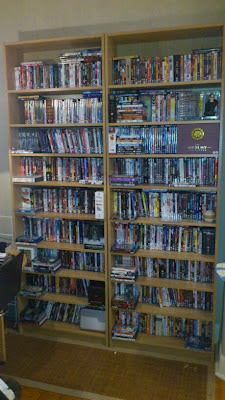 Quite a few of these movies, and more, feature in this here book written by this here idiot.

As much as I love the rest of the world, I can't keep up with all of the different links in different territories, but trust me when I say that it should be there on your local Amazon.
Posted by Tylerandjack at 15:00

Email ThisBlogThis!Share to TwitterShare to FacebookShare to Pinterest
Labels: action, cohen and tate, comedy, drama, drive, enemy territory, horror, king of the ants, king of the hill, restless natives, the baby, the hill, the music of chance, trojan eddie