I usually have an answer ready when people ask me "but why would you watch THAT?". It might not be an answer they agree with but it's an answer nonetheless. Film, like any art, isn't just supposed to provide people with numerous warm, fuzzy and comfortable moments. It entertains but it also holds a mirror up and forces us to look, it raises questions, it puts forward strange and exciting ideas, it can cause extreme reactions. And few reactions will be more extreme than the one you have if you're ever unfortunate enough to see Faces Of Death.

I'd heard of this infamous title many years ago, of course, and knew that it was something not necessarily to be viewed for enjoyment. It would be challenging and, perhaps, disturbing. But having been made back in the late 70s, I assumed that it would also have lost a lot of the power it once had and would have dated badly. Well, it has dated but that doesn't really lessen the impact any - because violence and death are constants, no matter what the decade.

Positioning itself as some sort of thoughtful look at mortality and the impact that man has on the planet, other animals and even himself, Faces Of Death is one of the few movies that has left me pretty disgusted. Because the fact is that this is just a cheap and easy way to cash in on death and no amount of lame narration can change that.

Some of the scenes are faked, and some of them quite obviously so, but there is also plenty here that's all too real. A dog fight involving two pitbulls, a cockerel having its head chopped off, animals going through a slaughterhouse, a suicide victim or two and plenty of footage of dead bodies being prodded and emptied and examined. You can pretty much smell the fetid stench of death emanating from the screen and it's not a nice sensation.

But maybe the point of the film is to alert us to dangers all around us and to teach us some helpful lessons about how best to get through life? No. In fact, you'd be better off watching the Final Destination series for guidelines on how to live that little bit longer. And at least those movies are entertaining. Michael Carr, as Dr. Francis B. Gross, does what he can but it's just not enough in the face of such overwhelmingly macabre and unpleasant material.

John Alan Schwartz wrote and directed this Mondo movie (and even in that particular subgenre I would place it near the bottom of the pile as many other, earlier Mondo films at least gave the appearance of being a bit more educational, even if it was all just nonsense) and it certainly remains a shocking work that many will end up disliking. Like I did. 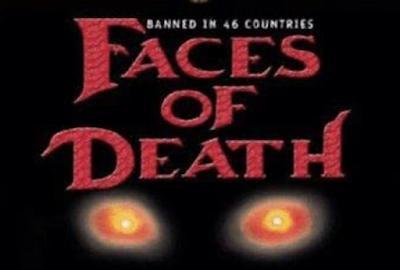