As hard as it is to believe now, there was a time when the Halloween franchise wasn't supposed to stay slavishly tied to boogeyman Michael Myers. It was going to be a series of horror movies all tied to the horror holiday, and this film was the first entry to try something new. Unfortunately, nobody decided to give fans a heads up on the situation, which led to no small amount of confusion and resentment when Halloween III: Season Of The Witch was released back in 1982, making it also the last entry to try something new. The film has, thank goodness, developed a pretty strong fanbase in the intervening years. It may not have the slasher movie fun that the other Halloween movies have, but it's a dark film that mixes sci-fi and horror into one big seasonal treat.

Tom Atkins stars as Daniel Challis, a doctor who ends up investigating the strange death of a man who came into his hospital a few days before Halloween. He heads off, with the daughter of the deceased (Ellie, played by Stacey Nelkin), to the small town of Santa Mira, the place where Silver Shamrock is based. Silver Shamrock is a company that creates Halloween novelties, and it also may be one of the last places that the deceased visited. Run by a man named Cochran (Dan O'Herlihy), Silver Shamrock seems to be up to much more than just making treats for Halloween. The company has some pretty tight security, a strong grip on the town, and a severe way of dealing with anyone who tries to interfere in its affairs.

Written and directed by Tommy Lee Wallace, with uncredited input from John Carpenter and Nigel Kneale (the latter had his name removed from the credits after seeing his initial story idea made into something much darker and gorier), this is a nasty slice of paranoia that just about manages to keep things tense and entertaining enough to allow viewers to forgive some ridiculousness in the third act.

Atkins does what he does best, so there are no problems with his performance in the lead role, Nelkin is a cute female companion, and O'Herlihy is wonderfully devilish in the role of Cochran. He's charming when in public, but soon reveals his true face when safe behind closed doors. Wendy Wessberg also makes a good impression in her small role, playing a colleague who ends up doing some extra investigatory work for Atkins. Nancy Kyes (who appeared in the first two Halloween movies, under the name Nancy Loomis) has a fun cameo role, playing the wife of Atkins, and Jamie Lee Curtis has an uncredited vocal cameo that fans should keep their ears open for.

The score, credited to John Carpenter and Alan Howarth, is absolutely superb, almost on a par with the iconic score created for the first film in the series, and there's a jingle for Silver Shamrock that will irritate and entertain you in equal measure.


Superior horror fare that ended up suffering due to the fact it was released as a Halloween movie, this is well worth a revisit and reappraisal if you've not already given it another chance since it was initially released. 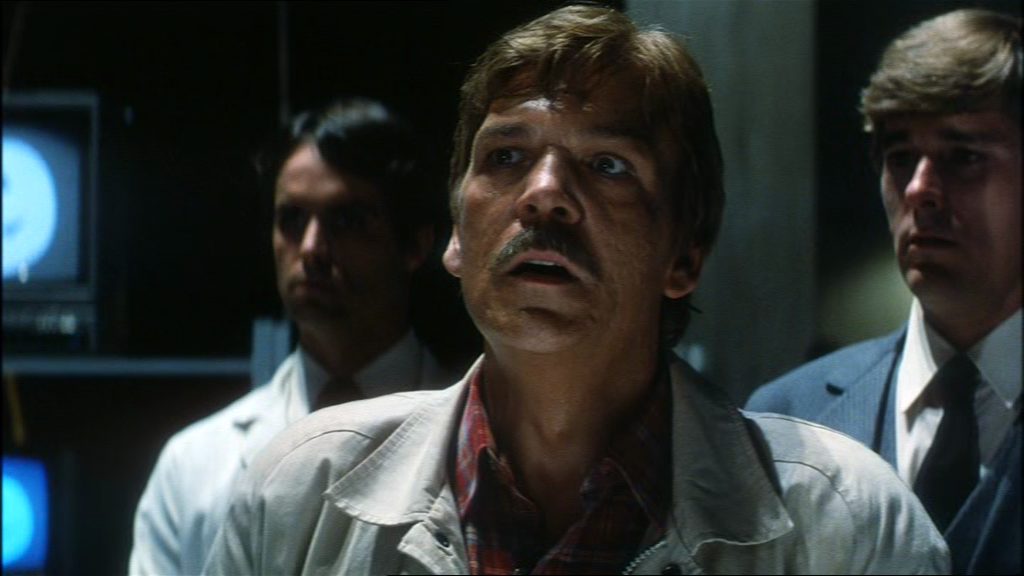