Larry Fessenden is, by all accounts, a lovely person. He's been a vital figure in the world of independent horror for many years, and many people love his work as a writer and director, although he's equally welcome when popping up in front of the camera (a Fessenden cameo is almost always a fun moment). I know much more about the man nowadays than I did when I first watched Wendigo. People had been heaping no small amount of praise upon it, and I guess my expectations were raised. It proved to be a disappointing experience. So I was interested in how I would view it now, almost twenty years later.

George (Jake Weber) is looking to enjoy a winter break with his wife, Kim (Patricia Clarkson), and young son, Miles (Erik Per Sullivan). Things don't get off to a great start, however, when they hit a deer. This antagonises a hunter named Otis (John Speredakos), who is angered by the fact that he was hunting it for some time, and broken antlers have far less value. Things then get stranger when a shopkeeper tells Miles about the legend of the Wendigo, putting an idea in his head that the creature may be responsible for some of their current circumstances.

Although this movie just leaves me cold (no pun intended), it's not a film I really want to pick apart. I know some people really enjoy it, perhaps for the way it at least tries to do something rather unique and interesting with a central horror idea that could have easily just been another "people stalked by a monster in some woods" movie. Fessenden at least deserves credit for trying to stay away from a number of horror genre standards, but he does this to the detriment of the whole experience. If a horror doesn't work as a horror then it's not a horror. Perhaps it can then be viewed as a dark thriller, but this doesn't do enough to work in that way either. So you're left with a strange drama that doesn't satisfy because of the way it takes time to create some atmospheric moments that would be much more effective in a dark thriller or horror movie.

The cast aren't too bad. Weber and Clarkson are a believable married couple, and young Sullivan was quite the superb child star for a number of years. Speredakos is a bit over the top, but that flaw seems to come from the writing, which insists his character is the outright rage-filled prick from his very first scene. Christopher Wynkoop and Lloyd Oxendine also do well in their small roles.

I was rooting for this to work better this time around, thinking that my lowered expectations might help, or maybe just the fact that I am older (though no wiser) and much more used to being patient with many of my viewing choices. It just still doesn't work for me in any capacity. That's a shame, but it's also great that it is just one of many Fessenden projects out there for people to discover, and to like or dislike. The films may vary in their levels of success, but Fessenden is a constant stalwart within the horror genre. 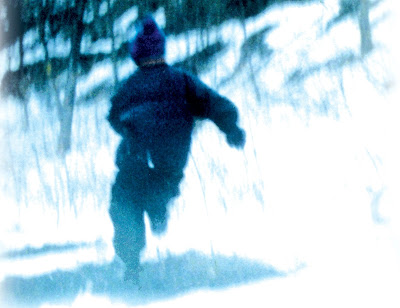