A Steven Seagal movie in which the wooden one bumps up against rough bad guys and does his slap-happy chopsocky schtick. No different from any other Steven Seagal movie then. Don’t let that put you off though, this is Seagal’s first movie and, alongside the next four, remains one of his best. It’s actually worth revisiting the man’s early works to remember just how good he once was.
.
Directed by Andrew Davis, from a script that was developed from a story by Davis and Seagal, the movie is all about tough cop Nico Toscani (Seagal). Nico was a special covert agent in Vietnam but left in disgust as he saw the war being used as a cover for profiteering from drug money. He doesn’t tolerate hypocrisy and doesn’t care who he upsets, until the day when he runs up against a major baddie who targets his family and those around him.
.
While it’s not the best of Seagal’s first five movies, Nico holds up as a solid action flick with a decent plotline and enough action beats spaced throughout to keep things moving briskly along. The direct, powerful fighting style that Seagal uses helps things feel fresh and a step apart from a hundred and one other, more stylised martial arts movies.
.
It also helps that the supporting cast includes an on-form Pam Grier, Sharon Stone, Henry Silva, Chelcie Ross and numerous other folk recognisable to viewers of this type of unpretentious entertainment.
.
Davis handles directorial duties well but both director and star would go on to peak elsewhere (Davis with The Fugitive and Seagal with Under Siege). Nico certainly remains an enjoyable option for the action movie fan though. 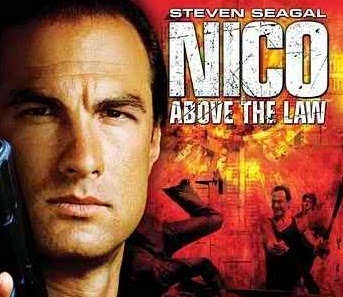