As I am sure others will have mentioned in reviews, Imitation Girl is an independent sci-fi drama that bears more than a slight resemblance to the magnificent Under The Skin. That's not to say that this covers exactly the same ground, or that it should be judged harshly because it doesn't manage to be on the exact same level as that film, but it's interesting to note the similarities while also recognising the little turns that take it down a different path.

Lauren Ashley Carter stars as Julianna, a young woman earning a living in the world of adult entertainment. She doesn't seem content, but also doesn't seem to know exactly what changes she wants to make in her life. Carter also stars as an alien visitor, first seen as a puddle of black sludge, who takes on the form of Julianna and starts discovering just what it means to be an Earthling.

Written and directed by Natasha Kermani, only her second feature after a number of shorts and TV work, Imitation Girl is equally impressive both for the level of care given to the technical side of things and the fact that Kermani doesn't ever take the easy option (especially when it comes to showing Julianna at work). Instead, viewers are treated to a slow-paced look at two physically identical individuals who, despite their very different origins, are both looking for a way to feel comfortable in their own skin.

It's a good job that Carter is in the lead role because she's a consistently great actress who puts in yet another fine performance here. Two fine performances, in fact. Moving through a full emotional range (including the times when she is figuring out a number of different sensations and how they make her feel), Carter conveys everything about her character in ways that are often subtle and silent. Neimah Djourabchi and Sanam Erfani both do well in main supporting roles, a couple who help the imitation girl settle herself in her new environment while they look out for her safety. Catherine Mary Stewart is also good in a small role, someone who knew Joanna some time ago and offers her an opportunity to perhaps take a different path, and both Stefanie Woodburn and Marsha Stephanie Blake do well with their small amount of screentime. Oh, there's also an appearance by Lewis Black, for one scene (inessential as it is), and that covers most of the main people involved.

Not that any of them really matter. No offence to them, it's just that I could easily have watched this film with minimal human interaction, as long as Carter was still delivering her brilliant performance at the heart of it all.

Although it makes one or two mis-steps, including that scene with Black, this is a great slice of sci-fi that explores the human experience. I'd happily rewatch it some time, and I hope that others seek it out. Kermani is definitely someone to keep an eye on in the future.

You can check out ways to see the movie here. 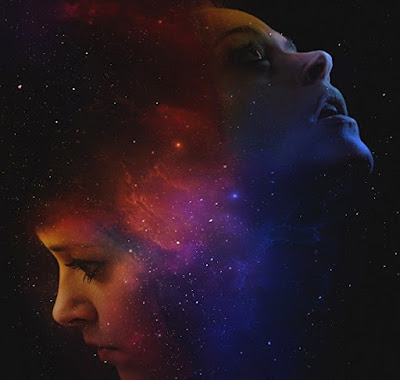