A movie based on the work of Stephen King about a writer possibly losing his mind as a haunted hotel causes him no ends of problem, it is almost inevitable that you can't watch or review 1408 without thinking of The Shining. However, it is to the credit of the author, the screenwriters who adapted his tale and director Mikael Hafstrom that 1408 manages to take fairly familiar material and make it feel fresh and interesting.

When I first saw 1408 I wasn't impressed. I'm still not completely won over by it but I have to now admit that it deserves a lot of credit for many of the little touches scattered throughout. The basic premise is simple enough, John Cusack plays a writer who visits haunted locations and writes about them. It's not great literature but it's a job. When he comes across the history of the titular room in The Dolphin Hotel, however, he views it as an essential experience and refuses to be dissuaded by the hotel manager (Samuel L. Jackson). But nobody has lasted more than an hour in room 1408 and there have been 56 deaths. Will there be a 57th?

The most impressive thing about this movie is how it takes the source material and expands upon it without losing the essence of the story or ever feeling padded out. This is down to a mixture of good writing, great performances and every trick in the book being used to keep things visually interesting onscreen.

John Cusack is superb in the central role as a man who starts off cynical and selfish and is pushed over the edge into an abyss of potential insanity and dread. Going through a whole range of emotions, from depression to elation to all-out rage, Cusack acquits himself very well. Samuel L. Jackson is also very good in his small, but crucial, role. Then we have support from Mary McCormack, Tony Shalhoub, Len Cariou, Jasmine Jessica Anthony and a number of other people who all do great work.

Matt Greenberg, Scott Alexander and Larry Karaszewski deserve credit for their work in adapting the short story into something that holds your attention and builds up an atmosphere of real horror. There may be a few jump scares here and there, and there may not be enough here to please fans of gore and/or more standard scares, but the film develops into something very unsettling and decidedly . . . . . off-kilter as the room does all it can to affect Cusack's character.

Director Hafstrom hasn't done anything else quite as good as this since but that's okay. It's not that his other movies have been terrible, the fact is that 1408 is a rather simple, but also rather great, modern horror. 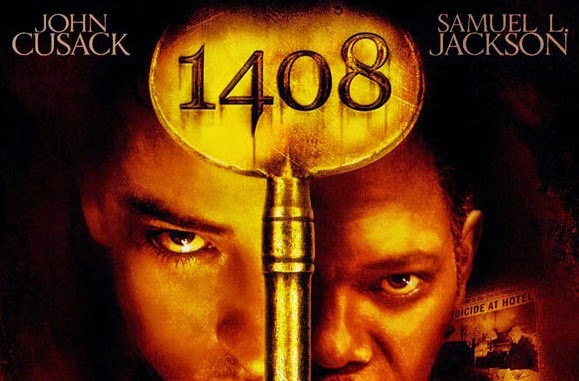