It's been a long and dark path to this point but I'm finally here. This is, until more are released (*shudder*) the last Steven Seagal film that I will have to view and review in my quest to view his complete filmography. Okay, I missed one that was really, really close to impossible to find and I am treating myself to the full 4 minutes of Sheep Impact next week but, essentially, I'm done. And what a giddying feeling it is. It's that last day of school, the time when you got to take in games and didn't have to worry about learning anything other than who had all of the best toys every year. It's that day at work when the boss tells you that there's nothing more to be done for the day and suggests an extended pub lunch. It's a small moment of sheer joy. But before I relax completely . . . . . . . the review needs written.

Actually, there's very little point in writing a review of a movie so tired and bland. It's strange, and more than a little sad, to see that Seagal has taken a step or two back after he seemed to be moving forward with his recent movie choices. He's gone from being a mystery men well versed in the ways of the East to a mystery man well versed in the ways of the Eastern Europeans and Russian mafia types. That's all we have in this film. A bunch of people shoot at each other, Seagal's partner actually goes out of his way to tell him all about how he's due to be a father soon and glimpses of female nudity are interspersed here and there.

The saving grace is the fact that the action does have some decent moments and the tone is gritty and violent even in between the set-pieces. Director Lauro Chartrand may share some of the blame but it's unsurprising to find that this is another movie also written by Seagal, full of incoherence and a lack of care unless it relates directly to something that leads to the leading man kicking and punching people. Dan Badarau is okay, if I'm feeling generous, as Dimitri but I'm not even going to waste time writing about anyone else involved - a bunch of interchangeable rent-a-bods who don't make any impression thanks to a mix of weak material and poor acting.

Just when Seagal fans may have been getting their hopes up, considering a bit of a career resurgence, along comes this movie to make their optimism vanish. 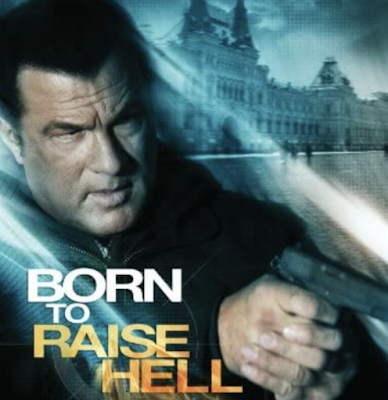