The more I see of his work, the more I think that Joe Keery may be the only one to have a major career ahead of him once Stranger Things is all wrapped up. Like some of the older cast members, he doesn't have to navigate his later teen years as if it's a minefield. Unlike some of them, he actually has a great screen presence. He also seems to have a good nose for material (or his agent does).

Keery plays Kurt Kunkle here (aka @kurtsworld96 on his social media channels). He's been trying to get some decent traffic for years, often making videos to post online that end up with only a couple of viewers. But he keeps on at it. It's almost as if it's the only thing he wants in his life. Which gives him a plan. He kits his car out with a number of cameras and sets out to capture an audience with his latest shift as a Spree driver (think Uber, but definitely not Uber, if any lawyers ask about it). He is determined to go viral with a livestream that he will call "the lesson", all about helping people boost their viewing numbers, but it soon becomes clear that "the lesson" will be a deadly one. Except it's not clear to people who are checking in, assuming it is all as staged as so many other big moments on the internet.

As well as providing a lead role for Keery that may well open doors for him to a number of other projects (although, to be fair, he seems busy enough already), director Eugene Kotlyarenko, who also co-wrote the screen play with first-timer Gene McHugh, appears to have taken this opportunity to fully expand on ideas he has been playing with in some of his previous work. And while we've seen this done before, someone looking to commit more and more extreme acts as they chase internet fame, the commentary here is arguably better than many other examples I can think of.

Keery plays his character perfectly, always trying to hard as he interacts with people while trying his best to deliver great content for his viewers. The other main character is Jessie Adams, a comedian teetering on the brink of being very famous. Played by Sasheer Zamata, Jessie shows the other side of the coin, to a degree. She is someone who knows how to play the long game, she knows the real impact of her actions, and this creates a third act conflict that both takes things towards a dark and twisted conclusion, while also proving to be a slight disappointment (only because I was hoping for one last plot reveal that never happened). Zamata is excellent, portraying the kind of successful and smart woman who can easily intimidate anyone who underestimates her. You also get some decent performances from David Arquette (playing Kurt's father, a DJ who often spends his time getting high), Sunny Kim (a much more famous DJ who keeps promising to tag Kurt in her social media channel), and Joshua Ovalle (Bobby, someone with a large internet following).

You may dismiss Spree as a film taking easy shots at an easy target, but that's not all it does. Kotlyarenko has made something that is as entertaining as it is thought-provoking, and the third act effectively ramps things up to show just how many more people will tune in when they get wind of a moment of madness being caught live and on camera. 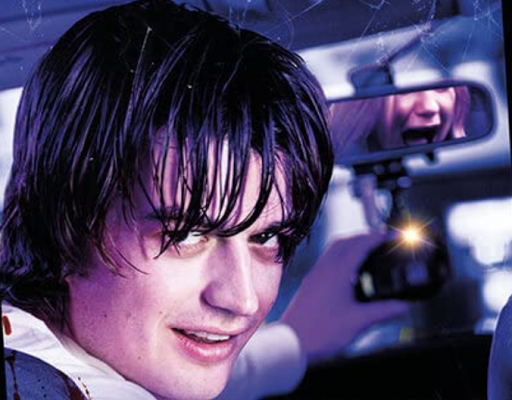