It’s a very familiar thriller/horror premise nowadays. Someone is “captured” by a mysterious person controlling their environment, maybe for a very specific reason or maybe just random, and they are given a series of choices that will affect the wellbeing of those they care about.

Don’t Hang Up, although often both ridiculous and completely predictable, actually has a great central idea, and a solid payoff to all of the events. It starts with a series of prank calls made by Sam (Gregg Sulkin) and Brady (Garrett Clayton), which leads to a montage of their dubious highlights. They get a decent amount of attention for their shenanigans, and think nothing of the people they may have given a scare to. That all changes when the tables are turned, of course, and one caller decides to toy with them for an evening. Is it a very twisted prankster, or is it someone who wants to take things down a much darker path?

The only feature film, to date, from directors Damien Macé and Alexis Wajsbrot, this is an enjoyable teen thriller that is ultimately dragged down by the fact that it is determined to remain nothing more than a teen thriller. If the tension levels were ramped up in the third act then I wouldn't have a problem with that, but they aren't. Not to anywhere near where they should be anyway. Which means you have an entertaining distraction that isn't able to be as bloody or nasty as it should be.

Writer Joe Johnson doesn't help. He's done a great job in sowing the seeds that blossom just before the end credits roll, but the dialogue and the reveals that come along before the third act are both pretty poor. Sam and Brady aren't particularly likeable, which makes it impossible to care about things like their loved ones or what plans they may have for the future.

Sulkin and Clayton give distinctly average performances, although it's hard to say how much of that is down to the script. Their interactions with one another are fine, but it never feels convincing when they start to figure out the reality of their situation and act scared. Bella Dayne isn't onscreen for long enough, as Peyton Grey (Sam's girlfriend, and someone who has just changed her relationship status to the non-Facebook-infringing equivalent of "it's complicated), but she's a welcome presence when she IS there. The other main performer here is the caller (voiced over the phone by Philip Desmeules). He has a good voice for the role, cold and menacing while pretending that he just wants to play a game, and play fair, with his victims.

I won't be rushing to rewatch this, and nor will I be recommending it to everyone I know, but I didn't mind it while it was on. It's a decidedly okay thriller, with a number of decent nods to other films, and it at least manages to pull off an ending that doesn't feel like a lazy cop-out. 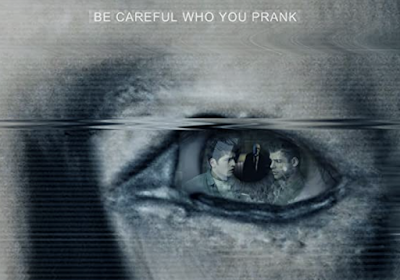