Science is great. If applied correctly. We could eradicate every major world problem. Alternatively, science can also provide some very unexpected results. It’s never the best day at the lab when you end up accidentally creating ghosts while putting the finishing touches on a device that is supposed to generate electricity from nothing. Unfortunately, that is what happens to Ethan (Thomas Mann), the lead character in Our House.

When we first meet Ethan, he is so busy trying to finish his important experiment that he is unable to spend much time with his parents and siblings. That soon changes when he receives a phone call to inform him that his parents have died in an automobile accident. He now has to be the main carer for Matt (Percy Hynes White) and Becca (Kate Moyer). It's not long until some of them start to sense another presence in the house, which they suspect could be their deceased parents trying to communicate with them. And they seem to grow more powerful when Ethan turns his "failed experiment" back on.

Based on a film that was itself less than a decade old (Ghost From The Machine, by Matt Osterman), Our House is a film with plenty of potential for good atmosphere and scares. To be fair, there are some good moments here and there, and the visual representation of the spirits, as black smoke trying to solidify themselves into a humanoid form, works well. Director Anthony Scott Burns had been honing his craft for a number of years before making this his feature debut (including delivering "Father's Day", one of the better segments in the anthology horror Holidays) and he handles things well enough. He just doesn't seize the opportunity to fill up every space with growing tension and creepiness.

Writer Nathan Parker doesn't help. The central idea is a very easy one to communicate to viewers, freeing everyone up to focus on scares, but he decides to give an equal amount of time to the day-to-day problems that our lead experiences while moving from the role of brother to that of main guardian. I understand why he would want to do that, but it's never as engaging as the developing spookiness. Like many films, this sits in a middle ground. It would either need to be streamlined into a fantastic frightfest, paring down the family drama to something minimal, or the runtime could be expanded slightly to allow more time spent showing the strain and tension affecting everyone while the spirits start to push their way into their plane.

Mann is a decent lead, and both White and Moyer are believable in their respective roles. Nicola Peltz plays Hannah and Robert B. Kennedy is a neighbour named Tom. Both do fine, but they can't overcome the fact that their characters feel superfluous to requirements. The same can be said for Marie, a different neighbour played by Marcia Bennett. I may be wrong, but the film could have been greatly improved if the main characters felt isolated and trapped in their house as things began to get worse and worse.

Although it's perfectly okay for most of the runtime, things are dragged down by an ending that feels horribly rote and unengaging. It's enough to drag the whole thing just below average, and leaves it being something that I wouldn't recommend to others. 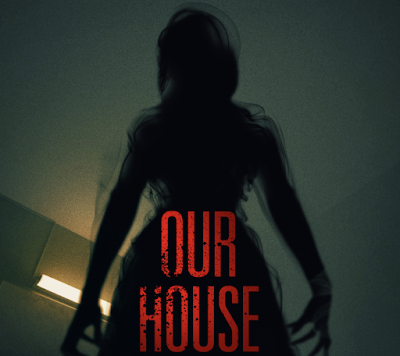