Writer Grady Hendrix has been developing a strong fanbase for a number of years. I have yet to get to his fiction work, unfortunately, but already count myself as a fan thanks to this superb non-fiction work, Paperbacks From Hell, a book all about the kind of books I used to grab at every car boot sale. I had forgotten all about them, and forgotten my love for them, but reading about those titles, and seeing some pictures of the lurid cover art, re-ignited a fire in me that had lain dormant for decades. And I know many others felt the same way.

Elsie Fisher plays Abby Rivers, a young woman who is best friend with Gretchen Lang (Amiah Miller). The two are inseparable, supporting one another as they prepare themselves for Gretchen moving away in the summer. This is their chance to make more memories together. In an unwise move, they decide to have a seance AND try acid. It isn’t long until things get spooky, Abby and Gretchen end up in a spooky, abandoned, building, and Gretchen becomes possessed by an evil spirit. Abby doesn’t initially realise this, she just sees her friend changing beyond recognition, but she eventually figures everything out. And an exorcism is required.

Adapted from the source material into screenplay form by Jenna Lamia, My Best Friend’s Exorcism is an upbeat and fun horror comedy. But, and it is a big but, I am saying this as someone who, as mentioned above, not yet read the book. I have already seen comments from other people, who have read and enjoyed the book, stating that this doesn’t do right by Hendrix, with the third act playing out more comedically than expected. I admit that I didn’t find anything scary, but I assumed from the title that the emphasis would always be on the comedy, and the juxtaposition of this horror happening to some teenage girls.

Director Damon Thomas handles everything well enough. The visuals are bright and clear, for the most part (things get darker for the exorcism scenes), there are a few well-placed ‘80s hits on the soundtrack, and the focus throughout stays on teenagers being teenagers, working with a script that works with the standard problems that feel like a much heavier burden when you are in high school (acne, popularity levels, bullies, hiding something you enjoy that has become uncool, etc). Thomas has spent many years working in TV, and has delivered a number of great small-screen moments that aim for a cinematic quality, and his (sorta) feature debut shows how comfortable he is in the director’s chair.

The cast also help a lot. Fisher and Miller are believable friends, different enough to show that their bond developed naturally some years before society would try to keep them divided. I have enjoyed Fisher in everything she has been in, and I will continue to watch anything she does. Rachel Ogechi Kanu and Cathy Ang are both good fun as Margaret and Glee, respectively, two peers who end up being seriously affected by a scheming, possessed, Gretchen. Others also do well, whether they are playing douchebag boyfriends or concerned parents, but the other person to single out is Christopher Lowell, playing Christian Lemon. His character is part of a religious group trying to keep youngsters from straying towards bad habits, and he ends up playing a major part in the third act. I enjoyed his performance, despite the fact that it felt out of sync with the rest of the film. It felt as if that was by design, similar to John Goodman barging in and bringing extra fun into Arachnophobia. Lowell is no Goodman (nobody can match him on his best days, frankly), but he is doing what is asked of him, and it amused me.

I won’t rush to rewatch this, although I wouldn’t find it too painful if someone made me, but I will look forward to any future adaptations of Hendrix novels. He seems to come up with great concepts, and maybe I will have actually read his books before another film comes along. Which might give me a different perspective. In the meantime, this was good. It just wasn’t great, and I think a lot of people were hoping it would be great. 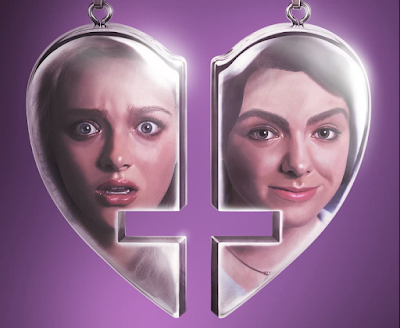