Written and directed by Stephen Carpenter and Jeffrey Obrow, who had previously worked together to give slasher fans The Dorm That Dripped Blood, The Power is yet another film I had a hazy recollection of. I saw it on video and remember it being quite an intense and effective horror movie.

Once again, my memory has failed me. This is not a very good film, although it has two things going for it. One, it's an admirable attempt to try and do something a bit different at a time when every other horror movie was a slasher flick. Two, the scenes bookending the film remain surprisingly effective.

Warren Lincoln plays Jerry, a man who gets involved with a story that some teens tell him about a small Aztec doll that seems to have great power. Trying to enlist the help of journalist, and ex-girlfriend, Sandy (Susan Stoke), Jerry soon becomes possessed by the spirit of the doll, which puts everyone around him in great danger.

It's a shame that The Power doesn't ever quite work, although a few scenes deliver some effective moments. The main idea just isn't as developed as it should be, it's hard to figure out how useful the power of the doll can be while it is so drastically changing its current owner, and what could have been an enjoyably tense second half is undercut by the fact that none of the characters are worth giving a damn about (with the lone exception of Sandy).

Things also aren't helped by the overall look of the film. Perhaps seeing this cleaned up a bit would help, but for now we're left with yet another horror movie that often hides the scarier moments in scenes lit so badly that you're too busy trying to work out details when you're supposed to be tensing up in readiness for a fright.

The cast are competent, to be fair. Lisa Erickson, Chad Christian, and Ben Gilbert do perfectly okay as the younger characters who (re)discover the doll and start to figure out that something is up before handing it over to someone they think may be able to solve their unique problem. Stoke is the best one in the entire cast, which is why we give a damn about her, but Lincoln is one of the weakest, which sorely unbalances the scenes that keep them both together. It's not so bad once Jerry is being affected by the doll, but during those scenes you may be distracted by the choices made in the "evil" Jerry design.

Carpenter and Obrow have a number of credits to their name. This is close to the worst of their work (although Obrow directed Legend Of The Mummy so that proves that he can scrape closer to the bottom of the barrel than his co-worker). It's still not close to the worst of the horror movies of this time period, however. Positives include those scenes bookending the movie, some fun thrills when the Aztec doll is starting to stretch out tendrils of power, and a wonderful score from Christopher Young that feels very much like a practice run for his superb work in Hellraiser.

Would I recommend this to everyone I know? No. Would I recommend it to one or two individuals I think can enjoy this kind of schlock? Maybe. Would I buy the film if it was cleaned up and presented on a disc with a few tasty extra features? You're damn right I would. 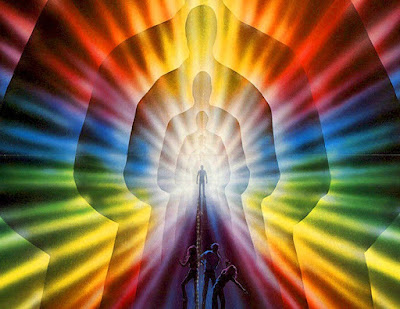