Netflix And Chill: I Am The Pretty Thing That Lives In The House (2016)

Oz Perkins has now made three movies, one of which I have yet to see. His directorial debut, February AKA The Blackcoat's Daughter, is one that many people stumbled across, only to find that they were very impressed by it. It was an atmospheric work, one that jumped around time and space, piecing together a puzzle that revealed a spooky and sad picture.

I Am The Pretty Thing That Lives In The House is another atmospheric work, and also jumps around time and space, AND ALSO pieces together a puzzle that reveals a spooky and sad picture. It shows Perkins to be more confident in his abilities, and more confident in the patience and abilities of anyone viewing his film.

Ruth Wilson plays Lily, a nurse who ends up working in the home of Iris Blum (Paula Prentiss). Iris has written some enjoyably creepy work, but Lily doesn't normally read such stuff. She's too easily scared. But she decides to check out something that Iris wrote, something that she thinks may be tied to the real history of the house in which she has found herself.

Dark and oppressive, yet also light (thanks to the nature of the lead character), I Am The Pretty Thing That Lives In The House is a traditional ghost story in almost every sense, apart from the way in which certain scenes are lined up alongside one another. It's all very much on a par with the kind of atmospheric tales you know and love from Henry James and Shirley Jackson, but Perkins also does himself a favour by not including absolutely every trope and creaky door you might expect.

Wilson gives one of her best performances in the main role, and she never really does less than very good indeed in her work. She's there to do a job, to care for someone who has nobody else at her side, and she often walks through the house like some kind of illuminated will-o'-the-wisp. Prentiss has a lot less to do, the film belongs largely to Wilson and Lucy Boynton (playing Polly, another young woman who is inextricably linked to the house), but does just fine.

Perkins has a great knack for taking the elements of a particular subgenre and reshuffling them in a way that allows his films to feel both fresh and veritably overflowing with blood drained from many tales that have been told before. Perhaps not the best kind of film for those who have enjoyed some mainstream bumps and jumps, this should still strike a chord with horror fans who can enjoy a modern spin on some gothic melodrama and tragedy.

Beautifully constructed, nicely scored (by Elvis Perkins), perfectly cast (there's even a nice small role for Bob Balaban), and effectively spooky, this deserves to be seen and appreciated by patient viewers. 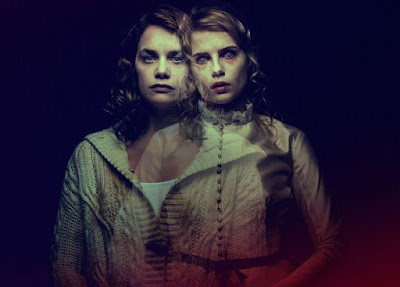