A film about the difficulty facing those who are looking to go on with their lives after, or even still during, serving a sentence for a criminal act, Vic + Flo Saw A Bear is an interesting look at two intertwined subjects that becomes arguably more important with every passing year: rehabilitation and forgiveness. If you believe in the legal system that we have in place, and someone serves a sentence for whatever crime they have committed, then there has to be some kind of future in which they are able to put that part of their life behind them. That doesn't always happen though, does it? Some crimes are too heinous to ever fully forgive, that's understandable, but there are a lot of people who cast their own judgement on others without considering the full facts and context available to them.

Anyway, let me summarise the fairly simple plot first. Pierrette Robitaille plays Victoria, a woman who has been released from prison. She aims to live in a woodland shack with her girlfriend, another ex-con named Florence (Romane Bohringer), but that will also mean that she cares for her elderly and frail uncle, Mr Emile Champagne (George Molnar). Distracted by a chance to truly start living again, Vic + Flo aren't really the best people to care for Emile, but they're not trying to do anyone harm. Under the watchful eye of a frequently visiting parole officer, Guillaume (Marc-André Grondin), the two women seem to be doing well. Some locals may not want that though, and there may be a complication provided by the presence of the friendly Marina (Marie Brassard), someone Vic takes a liking to while Flo starts to wonder about just how solid their relationship is.

Although I am not familiar with the work of writer-director Denis Côté, he is someone I have become more aware of in the last few weeks, mainly due to his movies appearing on streaming services I use. On the back of this film alone, I will certainly be interested to see more from him. Vic + Flo Saw A Bear expertly blends together some drama, dark humour, thoughtful commentary on the themes being explored, and even some surreal touches to help offset some of the more downbeat moments. Côté allows everyone onscreen to feel natural and at ease, and the cast reward him with winning performance all round.

Robitaille and Bohringer are fantastic together, and it’s fascinating to watch how they react to different ways in which their pairing expands into a trio, whether that is due to the presence of Grondin’s character (who starts off acting like your typical hardass guardian, but soon shows some empathy and support) or the stranger played by Brassard. Praise should be spread equally among the members of that quartet, and I would also single out the brief, but equally great, turn from Olivier Aubin, playing someone quick to voice his displeasure at Victoria staying in the area.

There may not be an obvious “hook” here, with how you react to the film depending largely on how you react to the central characters, but I would still risk recommending this to anyone interested in watching something that will engage the head and the heart in equal measure. Côté and his cast work perfectly in sync to deliver something that feels surprising and special, if also just erring on the side of caution when it comes to the lightness of touch used throughout. 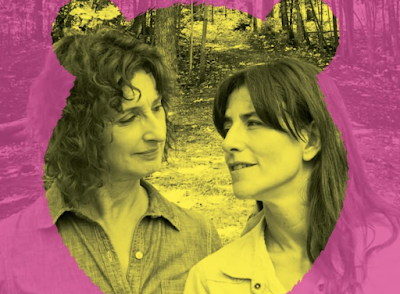