Written and directed by Noah Segan, who also stars in the lead role, Blood Relatives is a comedy/horror/drama with the emphasis much more on the drama than anything else. There are a couple of bloody moments, but the focus is kept on a central father-daughter relationship, two people getting used to one another, and figuring out how best to live their lives together.

Segan is Francis, a wandering vampire who has one constant in his life: his car. He is, in the way of so many other "good" cinematic vampires, fussy about who he drinks blood from, seeming to target those who are, well, let's just say they're not the nicest people in the world. That can cover a wide range though, from criminals to those who close their business 5 minutes early and stop Francis from picking up an essential car part. Things change when Jane (Victoria Moroles) comes along though. Jane claims to be the daughter of Francis. She has the fangs. She has an aversion to bright sunlight. And she likes her meat very rare. She needs guidance though, and Francis doesn't think he is the right person to give that.

Having made his way behind the camera previously with his segment in Scare Package, Segan now seems to have found the right way to make his full feature debut. I think I agree with his choices here. Although far from perfect, Blood Relatives is a good way to use some genre trappings in a way that doesn't constrain him too much. The whole thing generally looks nice, especially when you consider the relative low budget (I assume), and the father-daughter relationship is played beautifully between the two leads, staying away from many of the more obvious gags that must have been up for consideration.

That's what may ultimately disappoint some viewers though. This isn't interested in keeping you laughing, nor is it interested in spraying blood all over the place. The humour tends to come from the family dynamic being given a vampiric twist, and the very occasional moments of gore underline the "growing pains" of Jane. I enjoyed the fact that this was mostly a film about a father and daughter learning how to share the same space.

As an actor, Segan has been someone I have enjoyed onscreen now for almost 20 years (I believe I first took note of him in Brick). He's consistently interesting, a great screen presence, and his performance here is in line with everything else he's done. Moroles isn't someone I have seen in anything else, but she's equally good here, arguably helped by the fact that almost all of her scenes have her alongside Segan while the two bond/fight/live together. The film often feels like a two-hander, but there are also very good supporting turns from Akasha Villalobos, who is involved in an amusingly surprising scene, C. L. Simpson, who gives a bit of exposition and clarification, and both Ammie Masterson and Tracie Thoms appear to offer advice from different perspectives.

There's no major highlight, and nothing here that makes it feel unmissable, but that doesn't mean you should immediately dismiss it. Blood Relatives is well-made, it tries to mix a number of familiar elements into something that feels a bit more original, and it gets in and out in just under 90 minutes. The third act being the weakest part doesn't help, but I still tentatively recommend it, especially to anyone who likes Segan as much as I do. 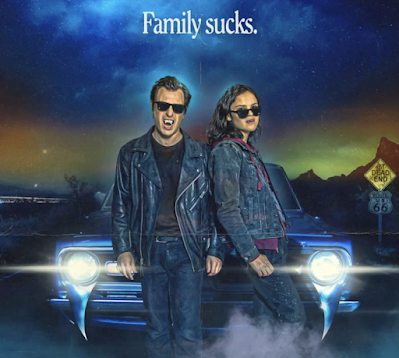