An enjoyable remake of Point Blank (well, a retelling of the tale that Point Blank was based on anyway), featuring Mel Gibson in the lead role of the wronged man out for revenge, and his half of a criminally-acquired stash of money, Payback is a rough ‘n’ tough bit of entertainment that tries to stand out from the crowd by having more ruthless behaviour and bursts of violence than you might expect from a film with such a big star name attached.

Gibson is Porter, a man shot and left for dead after being betrayed during a job that also involved his wife (Deborah Kara Unger) and his best friend (Gregg Henry). Once he starts on his quest to get the money owed to him - not the full amount stolen, just his half - Porter soon finds himself in more and more danger as he has to approach increasingly powerful members of a large criminal organisation.

Directed, for the most part (the production wasn’t exactly smooth sailing), by Brian Helgeland, who also wrote the screenplay, subsequently reworked by Terry Hayes, it’s hard to see why people viewed this as something that needed rescuing. And when I say people I mean “Hollywood suits”. What is here isn’t for everyone, but the same could be said for Point Blank. The fact that the main character is such a shitty person makes it more interesting, especially when you realise that he still has a certain moral code that makes him one of the least shitty people in a world full of much bigger scumbags who inhabit the world he lives in.

Dialogue may not be sharp, and the dour colour palette isn’t exactly a big plus, but plotting is clear, characters are nicely sketched, and Helgeland does some excellent work, knowing what viewers need to see and what they don’t. The unfolding chain of events may be grim, but it’s also somehow still fun . . . right up until it isn’t. And when the fun stops, well, you know the ending is close. You just don’t know if it’s going to be a good or bad ending.

Helgeland helps himself a lot by casting such a great selection of faces. Gibson is great in the main role, doing the kind of tough and unpredictable schtick he could do in his sleep, and Henry has a knack for playing the kind of character you just know could double-cross you at any moment. Unger is sadly underused, but there are two excellent, and very different, turns from Lucy Liu and Maria Bello that more than make up for the brevity of her screentime. There are also roles for David Paymer, Bill Duke, William Devane (one of the most sorely-undercelebrated actors of his generation, in my view), James Coburn, and Kris Kristofferson, as well as one or two others you should recognise. I cannot single out any one of these actors for praise, but that’s because they all get to be equally brilliant at different times in the movie.

I really like this. It’s not as good as the original work it is based on, some better visuals and a more interesting blend of score and soundtrack could have helped (although the opening music from Chris Boardman, playing over the extended credit sequence, is superb), but I think it’s an enjoyably lean, mean, neo-noir that always seems willing to go one step further than viewers might expect. I recommend it. 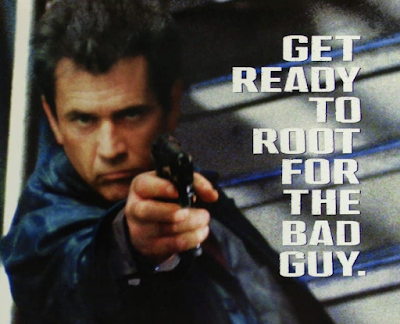