It’s a classic premise, a number of men experience a bad case of very sudden and unexpected death not too long after marrying a beautiful bride. The title is the big clue, of course, but nobody seems to think there’s anything worthy of further investigation. Nobody except an agent named Alexandra (Debra Winger). Determined to find the mystery, and possibly very deadly, bride, Alexandra keeps digging around, eventually becoming friends with her prime suspect, Catharine (Theresa Russell).

Directed by Bob Rafelson, who started the ‘80s with a film that was viewed as one of the steamiest erotic thrillers of the era (the remake of The Postman Always Rings Twice), Black Widow probably isn’t what you expect it to be. That is not a bad thing. What could have been one of many identi-kit thrillers from the decade ends up, instead, as a fascinating look at female friendship, as well as a character study of a very dangerous, and very cunning, sociopath (although there’s maybe another descriptor tag that fits better, I am not a trained medical professional).

Rafelson directs with his usual level of competence - he’s delivered a number of great movies without ever positioning himself as the defining author of the work, in my experience - and he does well by the script, written by Ron Bass. Characterization is valued above everything else, and having such great leads helps to compensate for the fact that this isn’t just schlocky entertainment with some gratuitous nudity throughout. And, please don’t get me wrong, I sometimes love schlocky entertainment with some gratuitous nudity throughout. This becomes a more interesting, and more rewarding, experience though, and everything is also helped by some great supporting turns.

Terry O’Quinn is a boss who keeps trying to creep over personal space boundaries, and he helps make his character bearable just by being Terry O’Quinn, and James Hong excels as a private contractor investigator who finds himself caught between the two leads. Diane Ladd and Lois Smith have one or two scenes, and the selection of endangered husbands includes Dennis Hopper, Nicol Williamson, and Sami Frey. Everyone is a pawn though, unwittingly caught between an intense and 4-D chess match being played by Alexandra and Catharine, and both Winger and Russell are fantastic in those roles, both developing realistically, whether separately or intertwining their lives together, and impressively staying away from any urge to add too many histrionics and/or knowing camp. Those interpretations could have been fun, but I think what we get here is more interesting because of how relatively low-key it is. 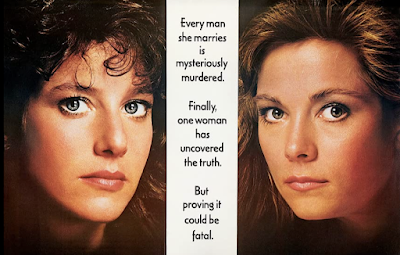