If you hate this movie then you'd better go and take a long, hard look at yourself in the mirror. Because you, sir or madam, may have to admit that you're a racist. Maybe the ethnicity of the film displeases you. Maybe you're just put off because Steven Seagal is a successful black man in the action movie market. Of course, Seagal is not a black man (nor all that successful nowadays, is he?) but nobody remembered to tell him that when he decided to show his versatility in this dire action movie. It's a shame that a number of things couldn't have been changed and improved upon during the making of the film because the action scenes, when they occur, aren't actually all that bad and the plot of Seagal seeking out those who wronged him and putting things right almost reminds you of those enjoyably gritty early movies that all now seem like classics compared to his 21st century output.

The plot sees Seagal as a kindly thief who robs from criminals to distribute the wealth to the needy. He's kinda like Robin Hood. With a ponytail. And two extra chins. But this is all quite worrying for his good lady (Mari Morrow), who keeps having strange dreams and "psychic visions" that actually don't mean anything in the grand scheme of things. So Seagal goes straight but, lo and behold, on a standard driving job he is forced to outrun the cops and struggle to survive when it turns out that he's mixed up in a lucrative robbery. Our man is apprehended and jailed, but not before he has managed to somehow hide $20 million. Never mind, in the space of a few scenes we get Seagal teaming up with Treach (who plays a crook named Ice Kool) and managing to escape in a surprisingly easily engineered scheme. Then it's time to kick ass in a number of unconnected moments, allow the movie to pretend that it has a depth and complexity in place of the laughs and confusion and head to a finale that may just let our hero get his justice, save the children of the world and prove to everyone, once again, that he is the slap-happy version of Jesus himself.

I won't pretend that most of this movie was something I could easily enjoy while it was on but as soon as the credits rolled and I began to think back through what I had just seen I couldn't help laughing and thinking of all the lazy mistakes throughout (usually with stunt doubles but the massive plot holes were also good for a giggle). This may be the fault of the script, by Kevin Moore, but it's probably not helped by the direction of Don E. FauntLeRoy, a man responsible for having the most annoying mix of upper- and lower-casing in his surname and also the third and fourth risible movies in the Anaconda franchise.

Seagal - he doesn't really know any better because he just keeps going as he always has. Treach is almost tolerable. Almost. Mia Morrow would have been fine if her character hadn't been so redundant and given such awful material to work with. Sarah Buxton is pretty bad, Nick Mancuso is terrible and only those with less screentime give better performances (Robert Miano and Kevin Tighe, in particular). Fans may be interested to know that Chloe Grace Moretz has a very small role but nothing that marks out her future potential.

Some decent action moments and a sprinkling of grit make you think this could end up similiar to the earlier movies in the Seagal filmography but, alas, it's not to be and we just get yet another stinker to add to the pile. 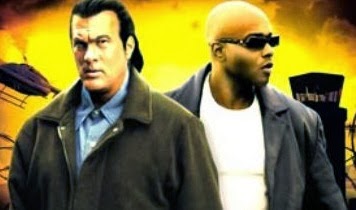