Although there are many similarities between this and The Servant (Losey directing, Pinter on the writing duties, Bogarde the star at the heart of things, the exploration of a very twisted situation intertwined with an essence of particular Britishness), Accident is also interesting for how much it does differently from that film. Everything is much more subtle, much more restrained, but that serves to highlight how much every word is loaded, and how everyone moves through society with the protection, and sometimes hindrance, of their own class role.

Bogarde plays Stephen, an Oxford professor. He takes an interest in a couple of his student. One is William (Michael York). The other is Anna (Jacqueline Sassard). William likes Anna very much. Unfortunately, Anna has also caught the eye of another professor (Charley, played by Stanley Baker). And so we get a tale told in flashback that shows the Laura-like effect Anna has on all the various men around her.

Based on the novel by Nicholas Mosley, Accident is a story that is worked by Pinter and Losey, because both complement one another perfectly, into something that plays out in a controlled and sedate manner, for the most part, with occasional moments to shock that are so effective it ends up taking you an extra minute or two to properly process what you've just watched. That is especially applicable to the way things unfold in the third act.

Bogarde is his usual good self, putting himself forward as a good man, despite the fact that his actions belie his self-image. Baker is superb, the more obvious baddie in a film that actually has very few good people in it, either due to direct actions or the inaction that enables certain behaviour. And York gives a performance slightly removed from his better-known roles. There's an insecurity sitting hidden beneath his usual layers of cockiness and charm, and he seems to be trying to both impress the professors around him while also competing against them at times. Sassard is perfect in her role, probably best described, certainly in the 1960s, as a "bewitching, exotic beauty". She has the look, and a lovely accent, but she also does very good work in the scenes that ask more of her. Vivien Merchant is the wife of Bogarde's character, and she embodies the old-fashioned kind of good wife who will support her husband without wanting to look any closer at some of his bad behaviour. Those who go looking for evidence of misdeeds may not like what they find.

A twisted and tragic tale, and also one that almost encourages you to observe and laugh at some of the ridiculous notions thought up by mature men who should know better, when not in the grip of infatuation, Accident is still depressingly relevant today. Married men excited by the prospect of young women who may take a fleeting interest in them, people projecting their own feelings and desires on to others, the husbands who think they are maintaining a fine marriage because everything is fine at home while they enjoy their indiscreet affairs, all of these things happen just as much now as they did back in the 1960s. So you're best to watch this film and remind yourself to avoid that kind of behaviour. 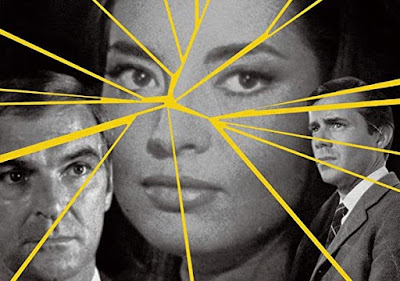