The second full feature from writer-director Richard Kelly (a talent who illustrates someone flying high and then crashing and burning hard more than any other 21st-century success I can think of), Southland Tales is a sprawling mess of a film, once again mixing some heady ideas and timey wimey trickery with some individual moments of greatness. A couple of scenes still stand out as favourites of mine, but they're often overlooked by film fans because of being contained within such an uneven feature.

I don't even know where to begin when it comes to describing the plot. It's set in America, but an America that has endured two nuclear attacks. There's a war on, both abroad and at home, a war against terror. A company named US-IDent tries to keep all citizens under surveillance, and various people want to strike against them. The main characters we end up keeping track of are an action film start with a case of amnesia (Boxer Santaros, played by Dwayne Johnson), an ex-porn star who believes that she can predict future events (Krysta Now, played by Sarah Michelle Gellar), a scarred Iraq War veteran (Abilene, played by Justin Timberlake), and two identical characters named Roland and Ronald Taverner (played by Seann William Scott).

If you want something that seems to make complete sense, maintains a consistent tone throughout, and doesn't cast people in roles that are completely atypical for them then look elsewhere. Southland Tales is the film you stick on when you want something hugely, almost ridiculously, ambitious and self-indulgent. When you want to see Jon Lovitz as a blonde cop all too quick to reach for his gun and shoot people trying to protest against the current system, or see Kevin Smith give his best performance in a small, heavily made up, role, Southland Tales will scratch that itch.

As well as those already mentioned, who are all doing some of their best work (another reason to give this film a watch if you have yet to do so), the strong supporting cast includes wonderful performances from Nora Dunn, Wallace Shawn, John Larroquette, Bai Ling, Mandy Moore, Zelda Rubinstein, and Miranda Richardson. AND you get to see Eli Roth in a satisfying, and very brief, cameo for those who both like and dislike him.

There's also a superb soundtrack (with The Killers being the best choice for one particular sequence), a fine line in sly humour running through everything, and the general feeling that Kelly had been handed resources he never thought would be at his disposal, and decided to use everything offered to him. The third act may be even messier than everything that precedes it, as hard as that is to believe while you are watching the rest play out, but it's also hugely satisfying. Kelly probably remains very disappointed by the lukewarm, at best, reaction to this. Some will view it as a bad film. I view it as a noble, flawed, attempt to deliver an impressive piece of cinema.

I think there's a better release coming, but here's a DVD just now.
Americans can get a little bargain here. Or the blu. 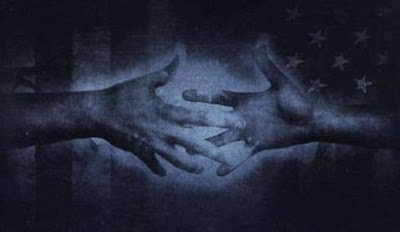