Shudder Saturday: Behind The Mask: The Rise Of Leslie Vernon (2006)

A film that has always been viewed by many horror fans with a lot of affection, Behind The Mask: The Rise Of Leslie Vernon is an enjoyable mockumentary that works with the familiar tropes of the slasher sub-genre and tries to give them some explanation.

Nathan Baesel is Leslie Vernon, a potential slasher icon looking to get himself ranked alongside all of the greats. To help his cause, he allows a documentary crew access to his life as he prepares for a night that should put his name in the history books. The crew find out lots about Leslie, find out about his potential victim(s), and also find out about a man hoping to put an end to his reign of terror (Doc Halloran, played by Robert Englund).

First-time director Scott Glosserman, who also co-wrote the screenplay with first-timer David J. Stieve, certainly seems familiar with the material that he's chosen to work with here. Having said that, very few people would watch this and NOT be familiar with the rules being followed/lightly mocked. Most people know what makes a standard "final girl", most people have seen clips of a stalking killer following someone who flees until they trip up, and the template of many a slasher movie includes the kind of third act planned for by Leslie, from the problems with home electrics to a collection of corpses primed to fall out on people discovering them while panicking and trying to stay away from the killer.

Baesel is excellent in the title role, he's the right mix of affability, when he wants the crew to stick with him and record his exploits, and menace, whenever he's about to stalk his prey. He also has a pretty good killer mask, which may seem like a silly thing to say, but is very important in these kinds of movies. Angela Goethals does a good job as Taylor, the leader of the documentary crew, and the one who tends to focus on completing their project, even as things become more and more serious for others. Englund tackles his role with gusto, clearly having fun as a Van Helsing type, and there are small roles that allow for great work from the likes of Scott Wilson, Bridgett Newton, and the irreplaceable Zelda Rubinstein.

It's strange that my main criticism of Behind The Mask is that, despite how much it attempts to show how things might work if a slasher icon was making himself a household name in a realistic and grounded way, it just never feels as grounded as it could be, and is therefore less enjoyable. Glosserman and Stieve seem to want to have their cake and eat it, while this kind of thing would have been much better served by the starker approach favoured by films such as Man Bites Dog and Diary Of A Bad Lad. You can have your killer have supernatural abilities, or you can have him working extra hard to make everything look effortless. Trying to have a mix of both is a bit less satisfying, although there's still plenty here for horror movie fans to enjoy. 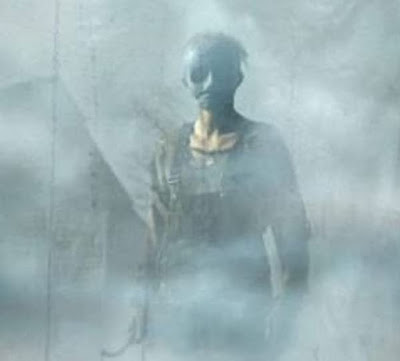