Sometimes the simplest ideas are the best, and Disturbia can be summed up in one great pitch. It's a teen riff on Rear Window. There you go. It doesn't try to outdo that classic, an aim I think many of us agree would be nigh on impossible, but it very overtly works with the premise, making use of many modern gadgets that can add some extra thrills.

Shia LaBeouf plays Kale, a young man placed under house arrest after punching his Spanish teacher in the face. The main officer who helps to monitor the fitting of his electronic ankle bracelet is Officer Gutierrez (Jose Pablo Cantillo), a relative of the aforementioned teacher. Carrie-Anne Moss is Julie, the exasperated mother who tries to ensure house arrest isn't spent with videogames and iTunes, and Kale's best friend is a young man named Ronnie (Aaron Yoo). There are two neighbours who Kale takes an interest in. One is new, and her name is Ashley (Sarah Roemer). The other is Mr. Turner (David Morse), a man who seems to match a few of the details being read out on the news regarding a killer in the city. It's not long until Kale, Ronnie, and Ashley are working together to observe Mr. Turner with much more scrutiny.

Everyone here has done work that I have enjoyed, for the most part. Director D. J. Caruso tends to make solid entertainment, although this is one of his better films, and writers Christopher Landon and Carl Ellsworth have a filmography that mixes in a number of horror franchise instalments and some fun teen fare. Again, this is one of their better films, but there is more competition over which one would be considered their very best.

LaBeouf does very well in the lead role, he's just the right mix of angry teen and good kid. Roemer is a winning female co-star, although I am not surprised that she didn't go on from this to bag any major roles because she doesn't quite have enough of IT, whatever it is. Yoo is, like LaBeouf, pretty perfect at being an ass at times without making you hate him. But if this was just a teen film with the teens doing decent work it would be okay. The adult stars take it up a level. Moss is great in the mom role, one that could have easily been completely thankless, but Landon and Ellsworth write her a bit better than that. Cantillo does well in his small role, personally interested in the "criminal" kid, but also doing his job with due care and diligence. And then you get Morse. Morse is one of the best actors of his generation, a deceptively low-key performer who can take on a wide variety of roles. This is arguably one of his most fun turns, and he maintains a small, Andy Dufresne-like, smirk throughout much of the runtime.

Some of the plot devices are a bit silly, and there's one extended sequence featuring Yoo in the second half of the movie that really falls flat when it is intended to be a strange extra thrilling set-piece, but the energy, the obvious love for the central idea, and the collection of enjoyable performances all make this one of the best teen thrillers of the past few decades. 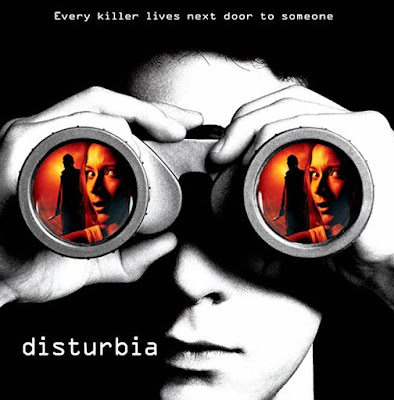