It's odd when you watch a film and think you recognise someone but can't remember exactly where you last saw them. And it's even odder when you realise that you haven't seen that person in any other films. It turns out that you've been friends online with them for many years. That is what happened while I was watching Witchcraft X: Mistress Of The Craft.

And that is the most interesting aspect of the movie, and also of this review. Fortunately, I don't think the person will bother reading this review but I hope they will shrug and forgive me if they do. I'm not going to single them out for criticism but I really can't think of anything here to focus on as a positive.

I really don't even want to bother explaining the horrible, laughable, slight, plot. Let me just say that it involves a lot of bad acting, people approaching others while baring plastic fangs in their mouths, random sexy times, and more bad acting.

Written and directed by Elisar Cabrera, I can only assume that the action was moved to the UK this time around to save money on what was already a cheap film series. Cabrera isn't even savvy enough to go out and get some easy filler shots of London, and the same can be said about the use of the bigger names in the cast.

Casual viewers won't recognise anyone in this movie but horror fans will be pleased to see Eileen Daly and Emily Booth credited. There are also roles for Wendy Cooper, Stephanie Beaton, and Lynn Michelle. Nobody is picked for award-winning skills, but at least the females can prove pleasingly attractive while the male side of the cast doesn't seem as intent on providing an equal amount of eye candy for viewers wanting some hunks.

It's interesting to continue working my way through this series, to think that I have seen the worst it can offer and then be shown that I was absolutely wrong. I would really love to figure out who used to eagerly await these titles being released, what they enjoyed most about them, and whether or not they still view them with any affection. Until that happens I will continue to be bored, annoyed, and occasionally mildly amused while I work my way through the rest of these films.

Would you like to spend far too much money on this film? Here you go. But you would be better checking out the film on Amazon Prime and just using that link to order other, better, movies. 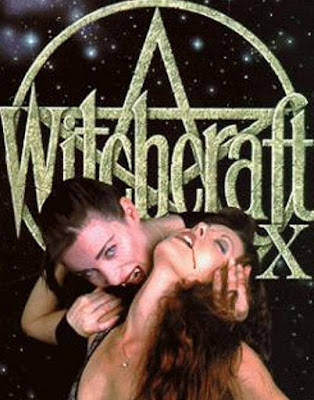