If there's one good thing that can come out of the release of Day Of The Dead: Bloodline it's the idea that I may not get constant grief from horror movie fans when I say, in hushed tones, that I really didn't mind the Day Of The Dead movie that came out in 2008. It got a lot of hate, and still does, but I enjoyed it as a simple bit of zombietastic fun, albeit one that sullies the good name of a Romero classic. But, trust me, it was a LOT better than Day Of The Dead 2: Contagium (2005). And it's a lot better than this eye-watering mess.

Talented director Hèctor Hernández Vicens (who made a great impression on me with The Corpse Of Anna Fritz) is going to have a struggle on his hands to make horror movie fans forgive and forget this. There are times when it doesn't seem like he should shoulder all of the blame, especially when you consider the weak script by Mark Tonderai and Lars Jacobson, but when poor choice follows poor choice, and is then followed by another poor choice, it's hard not to believe that Vicens is the one responsible for how ultimately awful this film is.

The plot is almost too dumb to even summarise. There's a zombie outbreak, of course, and Sophie Skelton becomes the main medical professional in a large shelter. Things happen, the safety of the shelter is placed in jeopardy, and Skelton ends up pursued by the zombiefied incarnation of the creepy man who lusted after her years ago (Max, played by Johnathon Schaech).

Where to begin here? The script that I already generously referred to as weak, when just calling it horrible would have been more appropriate? The decision to make the lead zombie threat an obsessed stalker/wannabe-rapist? The way the characters have been sketched to somehow ensure that viewers won't want to root for a single one of them? The nonsensical plotting, complete with an inserted sex scene that would have felt straight out of the European horrors of the '80s if it hadn't been so damn tame? There are a few decent moments of gore, but not enough to make up for the pain of the rest of the content of the movie.

And part of me doesn't really want to mention the cast, mainly because I try not to get personal and outright rude in any of my movie reviews (although I think it has happened once or twice). I don't have to worry, however, about singling anyone out here. Every single cast member is atrocious. Seriously. Not one person puts in a convincing, or even halfway decent, performance. It's as if Vicens asked them to forget anything they ever learned about their craft and give deliberately awful performances. I don't know why he would do that, but it's the only explanation I can come up with.

My rating for this film is incredibly generous, and I've ONLY gone as high as this because of three main factors: the gore, the fact that people were around to make sure that the equipment was all running properly, and the injuries/deaths that intermittently entertained me.

If you hate yourself then you can buy the film here.
American self-haters can buy it here. 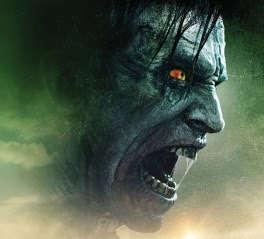