A strange and playful drama that mixes in some warped rom-com elements, Bergman Island has writer-director Mia Hansen-Løve on good form, and assisted by a great core cast that she uses well. It’s not her best work though, but it’s as good a starting point as anywhere else for those who may want to start exploring her filmography.

Tim Roth and Vicky Krieps are Tony and Chris, a couple who decide to visit an island that influenced the great Ingmar Bergman (hence the title). They hope to soak up some cinematic history and get some inspiration for their own work, with Chris particularly using the location to directly feed into the vibe of the screenplay she is writing. Wandering around together, and spending time apart, viewers get to see how the leads connect to their surroundings in different ways, and there’s also the “film within the film” that gives roles to Anders Danielsen Lie and Mia Wasikowska.

Deceptively slight for a lot of the runtime, Bergman Island is a fun interconnection of wit, exploration of human nature, and the complex relationship between art and artists, whether that is from the point of view of the artists themselves or from those looking on from outside that world. This obviously creates an interesting layer of meta-fuelled introspection, with both the “film within the film” asking more questions, as well as our own viewing of this whole feature.

Roth and Krieps are both wonderful in their roles, seeming to enjoy material that is a bit lighter, in comparison to what they have done elsewhere over the past few years, but no less worthy of their talent. I was particularly pleased to see Krieps back on good form, considering how Shyamalan managed to wring an awful performance from her in Old. Wasikowska is someone I haven’t seen in a while (which may just be down to the movies I have been watching recently), but she is as good as ever, and Danielsen Lie works well alongside her. The other main character is played by Hampus Nordensen, and he does decent work, although his character is more of a signalman, simply there to allow the character played by Krieps to start viewing some different paths on her creative journey.

Easy to like, but a film I found surprisingly hard to love, Bergman Island needs the structure that Hansen-Løve uses to make it such a fun and layered experience, yet the structure also provides a barrier or two to becoming fully immersed in the onscreen world. Perhaps having the scenes from the film within the film interspersed throughout the main narrative would have worked a bit better, but perhaps I am just a lot less creative and thoughtful than the woman who made this. The latter is a lot more likely, and I am sure that many others will like this even more than I did. 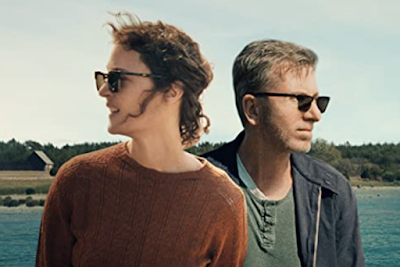