Written and directed by Eric Hurt, making his feature debut (he has since delivered a few more shorts and at least one other feature), The Wrong House is a classic example of someone having ideas about how to bookend their movie, but not so many ideas about what to have in the main section between those scenes. It is 102-minutes long, which is far too long for something without enough decent content to fill it out.

A couple of different families, with different tensions, end up at an isolated house that is currently up for sale. Both families are interested in buying the place, but only one can ultimately keep their “prize”. Apparitions start appearing, reality becomes warped, and it isn’t long until people start inconveniently dying.

This could have been an enjoyable little horror movie. Maybe not as visually stylish and wild as Vivarium, but it isn’t a great distance away from it. People are stuck in what could be considered their “dream home”, basic supplies are provided for them to get through each day, and the potentially idyllic scenario soon turns dark and sour.

I am not going to mention everyone in the cast, and I won’t spend time picking apart the weaker performances, so it is just worth saying that nobody is painfully bad. Nobody is really great either, suffering from a script that needs to go around in circles for far too long, but at least you get the familiar faces of both Marc Singer and Art LaFleur as the respective patriarchs of the family units. Whether you like them in these roles or not is a different matter.

The special effects are as varied as the acting, but some moments work very well. Hurt accomplishes a few impressive visuals with what must have been fairly limited resources. Unfortunately, those moments are too few and far between to make up for the tiresome repetition and overly familiar selection of horror movie tricks and tropes.

Thinking objectively about it, and thinking after the end credits have rolled, this is far from the absolute worst of the many horror movies I have seen. It was hard to remember that while I was watching the thing though, with the pacing really working against it. That’s a typical first film flaw, someone having too much faith in weak material that might have played better in a much shorter form, and it is damaging enough to make this a real slog. Not one I could recommend to others. 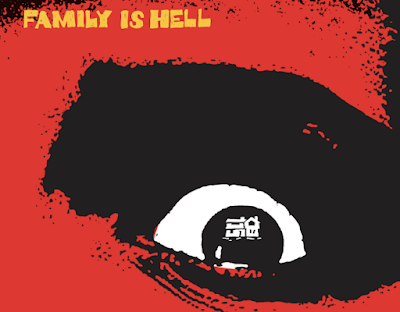